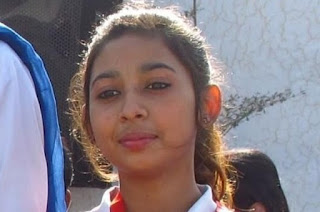 MAIRA SHAHBAZ, the kidnapped Pakistani Christian girl at the recent center of international attention, has escaped from the home of Mohamad Nakash, the man who, according to the Lahore High Court, is her legitimate husband. After her escape, she went to a police station to give her testimony, in which she also declared that she was filmed while by being raped by the kidnapper.

Maira fled Nakash’s home in Faisalabad, where sources close to the family say she was forced into prostitution. Now she, her mother and three siblings are on the run. According to Maira, Nakash has threatened to kill her and her family.

“They threatened to murder my whole family. My life was at stake in the hands of the accused and Nakash repeatedly raped me forcefully.”

In her declaration the Catholic girl refuted her alleged conversion from Christianity, stressing that she had been tricked and forced into signing blank documents. She added that the abductor and his accomplices threatened to publish the rape video online if she did not comply with their demands.

Aid to the Church in Need (ACN) received a copy of Maira’s statement to the police from the family’s lawyer, Khalil Tahir Sandhu. She described how she was kidnapped and the atrocious cruelties she suffered in captivity.

In an interview with ACN, Lala Robin Daniel, a friend of Maira’s family, described their life on the run, moving from place to place every few days, adding: “Maira is traumatized. She cannot speak. We want to take her to the doctor, but we are afraid we might be spotted.”

“We are all very frightened, but we place our trust in God.”

The family has demanded Nakash’s arrest for sex crimes involving a minor. Her lawyer, Tahir Sandhu, has applied to the courts both to cancel the marriage and to recognize the violence suffered by Maira to attain the forced conversion.

In response, the alleged kidnapper has requested the arrest of the victim's mother, Nighat, her uncles and Lala Robin Daniel, claiming that they kidnapped the girl and took her away from his home.

These events come nearly three weeks after the Lahore High Court ruled in Nakash’s favor in the case of the girl’s alleged abduction on April 28, 2020, when it is claimed that he and two armed accomplices kidnapped her in broad daylight close to her home.

The family has consistently contested Nakash’s claims of having married Maira, and in court Maira’s lawyer produced an official birth certificate to show the girl was 13 at the time of the alleged ceremony last October, and thus too young to be legally married. The Muslim cleric named in the marriage certificate has dismissed it as a fake and went to the police to complain.

According to the ACN’s Religious Freedom in the World Report, the abduction and forced conversion of women from religious minorities—frequently accompanied by rape and other sexual violence—is a major problem in a number of countries of particular concern, especially Pakistan and Egypt.

These abductions do not follow a set pattern. Some are opportunistic, while others are carried out by organized groups. A significant proportion is not necessarily motivated exclusively by religious faith but a combination of factors, including, in some cases, financial incentives.

Local NGO’s in Pakistan estimated that at every year at least 1,000 Christian and Hindu women are kidnapped and forced to convert to Islam and marry their attacker. In Egypt, at least 550 Christian women aged 14 to 40 disappeared between 2011 and 2014—and girls there are still abducted regularly.

According to the Human Rights Council of Pakistan and the Movement for Solidarity and Peace in Pakistan, the number of abductions of women is on the rise. Often, authorities tell parents the girl has converted and married of her own free will. Many families don’t report the crime, or withdraw the case, following threats against other female members of the family.

With picture of Maira Shahbaz (© ACN)

Posted by EC Gefroh Posted 9:41 AM No comments:

Most of us need to take a long break from reading internet news, reading the newspaper and watching the evening news.  What we need now is to be reminded that God is still in charge of our world no matter how chaotic it seems.  Seeing God's Action in Our Lives by Leann Thieman will reawaken Christian hope in the reader.

During the Covid-19 pandemic and the subsequent social disruption, we have been inundated in discouragement, violence and negativity.  What we need is to see and experience God working in our world despite the trials that we face.

These seventy stories are uplifting and encouraging.  They are stories of ordinary people in sometimes desperate situations that have experienced God working in and acting in their lives.

This is a hope-filled book that will at times bring tears to your eyes or a smile to your face.  I think the most beneficial result of reading this book will be to encourage the reader to pray to our Heavenly Father who can work miracles in our everyday lives if we but pray to Him.

It is highly recommended and would be a perfect gift for just about anyone right now.
Posted by EC Gefroh Posted 1:41 PM No comments: