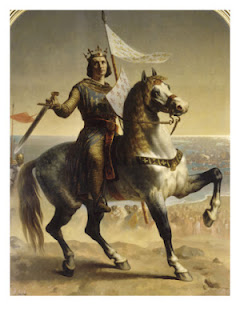 I love learning of a saint's virtue or mortification. Example today I learned from Father Tony at Mass this morning: Saint Louis of France: "He had a good sense of humor and enjoyed a joke, but refrained from humor on Fridays out of respect for the Passion of the Lord. He wore a hair shirt under his royal robes. He forbade any kind of profanity or vulgarity, and punished it severely in courtiers. During Advent and Lent, he himself would personally wait on and feed the hungry and indigent". (Diocese of Wichita) Happy Feast Day! 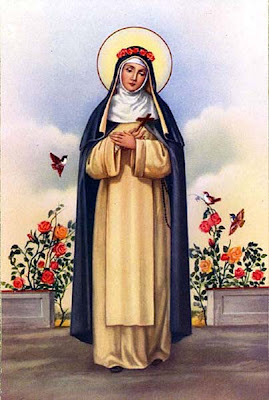 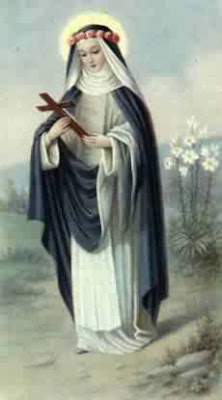 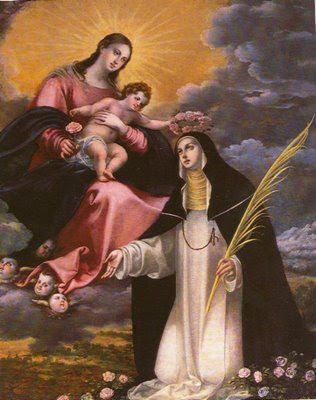 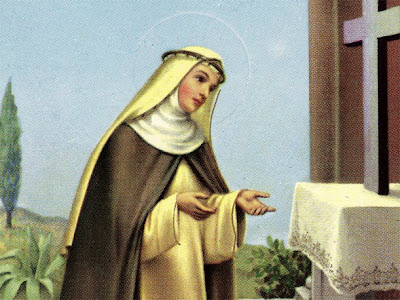 Novena for the intercession of St. Rosa de Lima in Spanish can be found here. You can have it translated at that site.

Prayer given by Our Blessed Mother to Blessed Anna Maria Taigi

Prostrate at thy feet,
O Great Queen of Heaven,
we venerate thee with
the deepest reverence and
we confess that thou art the
Daughter of the Father,
the Mother of the Divine Word,
the Spouse of the Holy Ghost.
Thou art the storekeeper
and the almoner of the Divine Mercies...
For this reason,
we call thee Mother of Divine Compassion.
Behold us here in affliction and anguish.
Deign to show us thy true love.
We beg thee to ask the Holy Trinity
most fervently to grant us the grace
ever to conquer the devil,
and the world and our evil passions;
the efficacious grace that sanctifies the just,
converts, sinners,
destroys heresies,
enlightens infidels and
brings all men to the true faith.

Obtain for us this great gift that all the world may form but one people united in the One True Church.

Mary, Mother of Holy Hope.
Pray for us.

Pope Pius XII originally proclaimed May 31st as the Feast day of the Queenship of Mary. 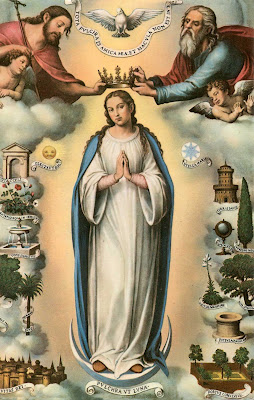 "...8. From early times Christians have believed, and not without reason, that she of whom was born the Son of the Most High received privileges of grace above all other beings created by God. He "will reign in the house of Jacob forever,"[5] "the Prince of Peace,"[6] the "King of Kings and Lord of Lords."[7] And when Christians reflected upon the intimate connection that obtains between a mother and a son, they readily acknowledged the supreme royal dignity of the Mother of God. 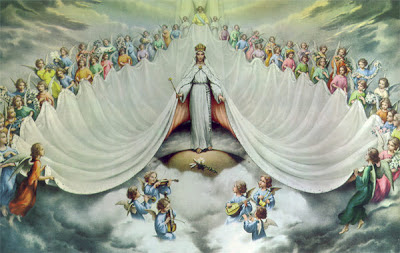 "Mary, then, is a Queen; but for our common consolation, be it known that she is a Queen so sweet, clement, and so ready to help us that Holy Church wills that we salute her as Queen of Mercy.  Mary is Queen of Mercy as Jesus is King of Justice."
St. Alphonsus de Liguori - Glories of Mary

"The purpose of the universal feast of the Queenship of Mary which we again happily observe and welcome this week is to stir up in our souls renewed love and devotion to our Mother and Queen and to invite all to rededicate themselves to her Immaculate Heart.  These are indeed days of tension and worry throughout the world with talk of total destruction to mankind by nuclear weapons.  Mary, however, our Queen and our Mother, has come to the rescue of civilization in the centuries that have passed. She will do it again if we but turn to her and beseech her for true peace throughout the world.  Would that the prayer of Pope Pius XII to Mary our Queen be realized in the minds and wills of all. 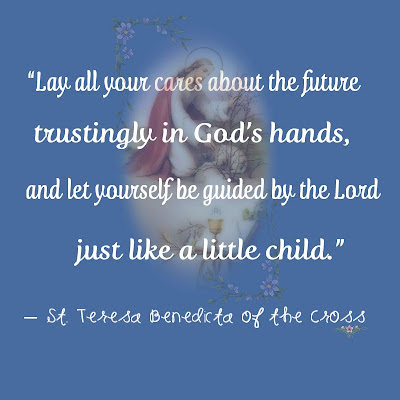 Pope St. Pius X - Encyclical on the Separation of Church and State 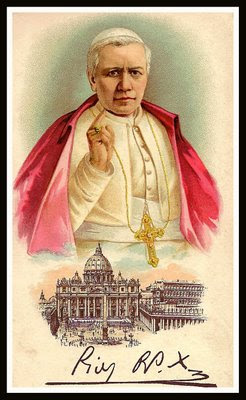