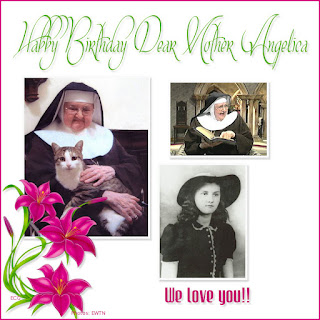 May God and His blessed Mother keep you safe, in good health and in good spirit! Mass was offered for your intentions this morning at Sts. Peter and Paul Church, Honolulu. With much aloha!
Posted by EC Gefroh Posted 9:03 AM No comments:

St. Faustina's Description of Hell and What We Must Remember about the Feast of Divine Mercy 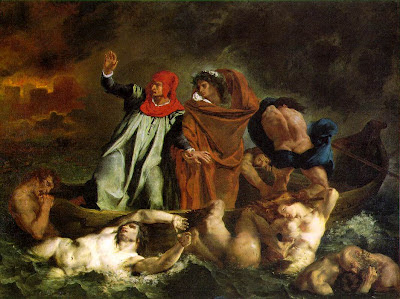 The following description is from St. Faustina's diary (741):

First Torture in Hell - The loss of God

Fourth Torture - "The fire that will penetrate the soul without destroying it - a terrible suffering since it is purely spiritual fire, lit by God's anger".

Fifth Torture - "The continual darkness and a terrible suffocating smell and, despite the darkness, the devils and the souls of the damned see each other and all the evil, both of others and their own".

"There are special tortures destined for particular souls. These are torments of the senses. Each soul undergoes terrible and indescribable sufferings, related to the manner on which it has sinned...Let the sinner know that he will be tortured throughout eternity, in those senses which he made use of to sin. I am writing this at the command of God, so that no soul may find an excuse by saying there is no hell, or that nobody has ever been there, and so no one can say what it is like.

I, Sister Faustina, by the order of God, have visited the abysses of hell so that I might tell souls about it and testify to its existence...The devils were full of hatred for me, but they had to obey me at the command of God. What I have written is but a pale shadow of the things I saw, But I noticed one thing: that most of the souls there are those who disbelieved that there is a hell... How terribly souls suffer there! Consequently, I pray even more fervently for the conversion of sinners. I incessantly plead God's mercy upon them. O my Jesus, I would rather be in agony until the end of the world, amidst the greatest sufferings, than offend You by the least sin. 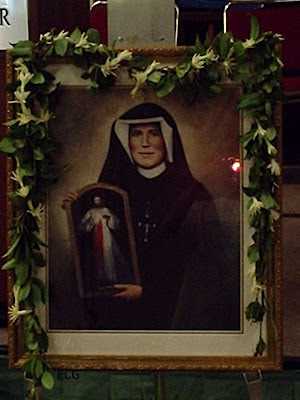 On Monday Father Khahn gave a very powerful homily of how we can really benefit from the Feast of Divine Mercy's graces. That is: We must show mercy...we must be kind...and we must be forgiving. Because, Father reminded us, we will need that at the end of our life.
Posted by EC Gefroh Posted 4:36 PM No comments:

Three Catholic priests, including one hailed by Pope Saint Pius X as a martyr for the faith, were among the victims of the Titanic disaster remembered during its 100th anniversary on April 14-15. Read the full story here. 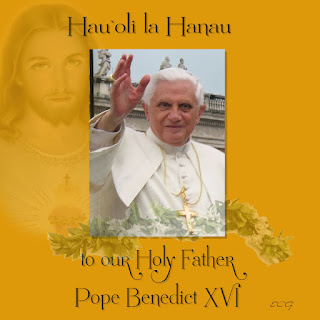 Today is our Holy Father's 85th birthday. May God and His blessed Mother keep him safe, healthy and strong as he faithfully leads his flock.
Posted by EC Gefroh Posted 11:18 AM No comments: