How Peace Can Reign in the World 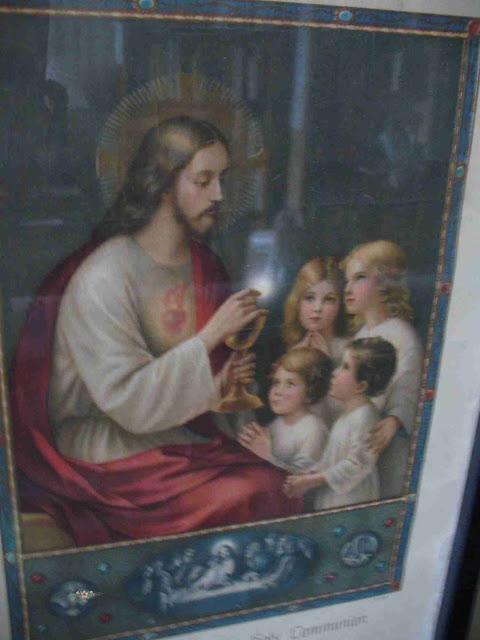 "Our Divine Savior is ready to bestow innumerable graces through this Sacrament, which are lost in consequence of the ignorance and indifference of men.  When the most Holy Sacrament of the Altar is not revered and loved, scandals will abound, faith will languish and the Church mourn. On the other hand, if this Sacrament be worthily frequented, peace will reign in Christians hearts, the devil will lose power and souls will be sanctified..." - The Blessed Sacrament:  Our Greatest Treasure
Posted by EC Gefroh Posted 3:14 PM No comments: 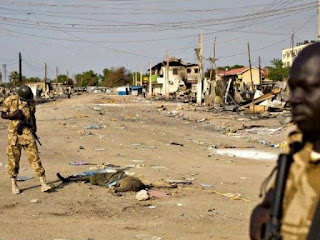 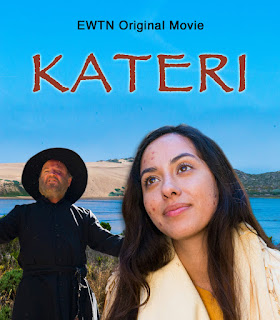 Tune-in on Wednesday, November 18th at 8pm ET for a very special "EWTN Live". Fr. Mitch Pacwa will host producer, writer, and director Jim Kelty of EWTN's original movie, "Kateri," along with lead actress Sabrina Villalobos to discuss what it was like to bring St. Kateri's incredible journey of deep faith and heroic sacrifice to life. Immediately following "EWTN Live" don't miss the premiere of "Kateri" at 9pm ET!

Thousands of Syrian Christians are fleeing after fierce attacks by ISIS on the town of Sadad and its surroundings, reported Syrian Orthodox archbishop of Archbishop Selwanos Boutros Alnemeh of Homs.

Sadad is some 35 miles south of Homs and 65 miles north east of the Syrian capital of Damascus. The region has been under attack by ISIS since late last month.

In a plea for aid, the prelate told international Catholic pastoral charity Aid to the Church in Need (ACN) that the “Islamic State” has been attacking towns near the Christian town of Sadad since October 31.

Maheen, a town located seven kilometers from Sadad, has already fallen to the jihadists. He also said that the inhabitants of Sadad and Al-Hafar had fled out of fear that the IS fighters would advance even further and to escape the heavy fire.

According to the archbishop, almost 15000 people have since left their homes and sought refuge in Homs, Zaidal and Fairouzeh. He then explained that Sadad is still endangered, despite the presence of Syrian government forces.

“We are afraid that ISIS, which God will hopefully prevent, will conquer the town. We would lose the center of Christianity in our diocese,” Archbishop Selwanos said.

Sadad had already been taken over by a rebel alliance that also included the “Islamic State” for a short time in October of 2013. At that time, the jihadists killed 45 Christians, some of whom they buried in mass graves, and laid churches and houses to waste.

Father Luka Awad, assistant of the archbishop for humanitarian emergency aid, told ACN during a visit on Thursday that the people who had fled Sadad and its environs had hardly anything with them.

“We are doing all we can to help them in their need. And there are many of them. We are currently working to get them registered.”

“For the moment, our greatest worry is finding enough housing for the people,” the Syrian Orthodox priest said, before explaining that in this, the church is dependent upon the generosity of the people.

Syrian Christians living in the US have responded positively to entreaties from the church and are allowing refugees to use their holiday homes. Father Luka emphasized that his diocese was currently only able to provide humanitarian aid and distribute food and clothing to the people thanks to the support of aid organizations such as Aid to the Church in Need.

According to Father Luka, all civilians have since left Sadad. He said that government forces are currently trying to hold onto the town. However, this is not easy. “The battles are very brutal. ISIS uses heavy weapons and fights fiercely,” Father Luka said.

Sadad is important to ISIS primarily for strategic reasons, the cleric said. “Sadad is located close to the motorway between Damascus and Homs. This is what ISIS wants. They want to disrupt traffic.”

“Moreover, once they have conquered Sadad, they will be that much closer to Homs. And the area also has oil.”

According to Father Luka, the jihadists also want to seize Sadad because it is a Christian town. “When the IS fighters conquered Al-Qaryatayn, they made the threat: We will kill all of the Christians in Sadad.”

The town of Sadad, Father Luka explained, is a Christian center and of the greatest significance. “The people there still speak Aramaic, the language of Jesus. Moreover, we have important churches there. It is really a center of our Christian heritage.”

“Its loss doesn’t bear contemplating. We truly are fearing for our cultural heritage. We beg the international community to put an end to this war. My people already experienced a genocide one hundred years ago, in 1915. Now, in the 21st century, we don’t need another.”

ACN has been helping the suffering Christians of Syria since war broke out in 2011. By September of this year, close to $9 million had been approved for humanitarian and pastoral aid projects. 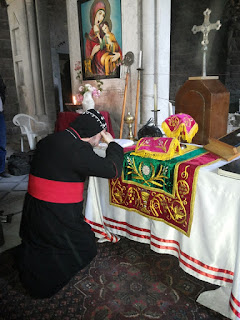