ACN News - Egypt on the Edge 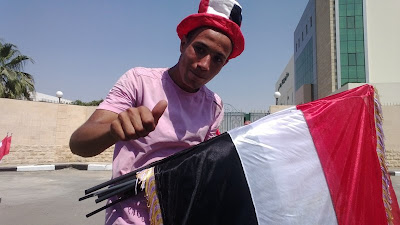 The leader of Catholic Copts has called on the world to pray for peace in Egypt amid growing tensions as millions throng the streets in rival protests.

Coptic Catholic Patriarch Ibrahim Sidrak of Alexandria highlighted the growing crisis and unrest across the country in the build-up to a weekend of demonstrations marking one year since Mohammed Morsi became the country’s first Islamist president.

With protests already attracting nearly three million people and signs the numbers will dwarf those who prompted the February 2011 downfall of President Mubarak, Patriarch Sidrak said, “I call on people around the world: please pray, please pray that there is no more bloodshed.”

The patriarch’s call for prayer was made during a meeting Friday, June 28th June, with international Catholic charity Aid to the Church in Need (ACN).

Both Patriarch Sidrak and Pope Tawadros II, the Coptic Orthodox Patriarch of Alexandria, have told their faithful to “follow their conscience,” saying they are free to protest if they wish.

Patriarch Sidrak went on to tell ACN, “Christians here do not use violence. Young people are more assertive now and will protect themselves.”

“As Christians, we are always together with moderate Muslims against what will harm Egypt.”

Patriarch Sidrak said that since the fall of Mubarak at least 200,000 Christians have left the country “party for economic reasons and partly through fear.”

He said, “Some people feel that Christians are second class citizens and are made to feel that they are not real Egyptians.”

Reiterating the appeal for prayer, Father Rafic Greiche, press officer for the Catholic Church in Egypt, told ACN, “Christians in Egypt are trapped in this situation between normal Muslims and the fundamentalist ones that suddenly emerged after the revolution leading to the fall of Mubarak.”

Commenting on the petition’s popularity, Fr. Greiche told ACN, “The Christians are not sheep. The Copts are free to participate in protests.”

“All of us should pray for change, for social justice, for the poor, for religious freedom and for freedom of conscience.”

He said that sectarian attacks were now taking place almost daily whereas in the whole of Mubarak’s 30-year presidency, there had been 1,600.

With reports stating that up to three million people were out protesting across Egypt the evening of Thursday, June 27th,  one Muslim cleric warned ACN that there is danger of a civil war.

One a young Coptic Christian man, Ramy, aged 27, also told ACN, “We must take courage. We Christians must be brave and be salt and light to the world.”

With picture of protestor with Egyptian flag (© ACN)

EWTN’s Statement On The Final Rule for the HHS Mandate

Irondale, AL – Today, the Department of Health and Human Services issued a final rule for the contraception mandate portion of the Patient Protection and Affordable Care Act (PPACA).  EWTN and its attorneys are still assessing this final rule, but our initial analysis has been disappointing.

“The final rule issued today is inadequate because it appears to have changed nothing,” said EWTN President & Chief Executive Officer Michael P. Warsaw.

Specifically, it imposes the same narrow definition of a church, does not expand the exemption beyond churches, and still provides a meaningless “accommodation.” In short, it appears to have ignored the unprecedented number of public comments made against this HHS Mandate.

Despite this news, we are encouraged by the recent court victories for Tyndale Publishers and Hobby Lobby because these cases demonstrate that the rule unfairly limits religious liberty and first amendment rights. EWTN and its attorneys at the Becket Fund for Religious Liberty will continue to assess the options at this time.

Feast of Sts. Peter and Paul

Prayer to Sts. Peter and Paul for the Holy Catholic Church


Defend, O Lord, thy servants,
we beseech thee,
from all dangers both of body and soul;
and, by the intercession of the blessed and glorious Virgin Mary, Mother of God,
of the blessed Apostles Peter and Paul,
of  St. Damien of Molokai, and Saint Mother Marianne Cope,
and of all thy saints,
mercifully grant us the blessings of peace and safety;
that all adversities and errors being removed,
thy Church may freely and securely serve thee;
through Christ Our Lord. Amen.
Original prayer source, modified here to include the Hawaiian saints
Posted by EC Gefroh Posted 11:57 AM No comments: 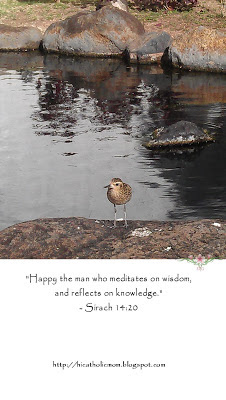 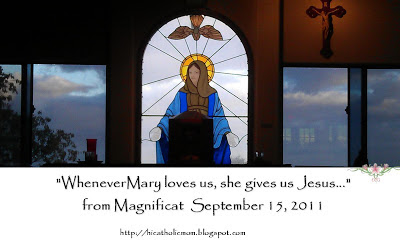 Labels: Mary and the Eucharist

According to local Catholic leaders, persistent tensions and outright attacks are part of life for Christians in Bangladesh.

International Catholic pastoral charity Aid to the Church in Need (ACN) has been following the situation of the Church in Bangladesh years.

"In the Dinajpur Diocese in the north-west of the country Catholic Christians are being repeatedly attacked by Muslim groups," Véronique Vogel, head of ACN’s India section, confirmed.

According to the Bishop of Dinajpur, Sebastian Tudu, a missionary center in the village of Bulakipur is being guarded by 30 policemen.

"The worst of it is that in three villages which have been attacked the men were no longer at home,” the bishop reported.

“Many women and children are suffering and living in fear and terror."

Véronique Vogel further described the situation saying, "For months militant forces in Bangladesh have recruited a lot of new followers. This is a very worrying development.”

“A few months ago Buddhists were attacked, and now it's the turn of the Christians.”

Concerning the background to the unrest, Ms. Vogel also commented that “not only religious motives are involved here, but also political ones."

"There is a great shortage of land in Bangladesh, for example. Some groups therefore sometimes put simple people under great pressure with the aim of taking over their land.”

“If on top of this they belong to a different religious community a religious and political conflict will soon develop,” Ms. Vogel said.

“Bangladesh is a powder keg, a very poor country with serious social problems."

At the beginning of June, the Catholic seminary of Dinajpur was raided by Muslims who forced their way into the building, destroyed it and attacked the 25 seminarians present.

The diocese reported the matter to the police and the candidates for the priesthood were housed temporarily at another location.

The background for the attack was possibly a dispute between Muslim and Christian families in a neighboring village, leading a group of Muslims to decide to seek out and attack the seminary.

Bangladesh is a predominantly Muslim country in which Islam is the state religion and some 90 per cent of the 142 million inhabitants are Muslims, predominantly Sunni.

Close to 9 per cent of Bangladeshis are Hindus, while only 0.3 per cent are Buddhists and Christians. Of that number, some 318,000 are Catholic. 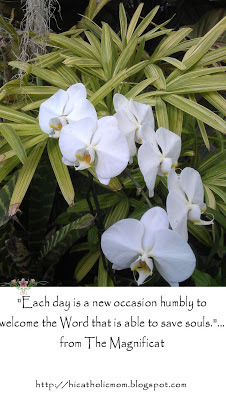 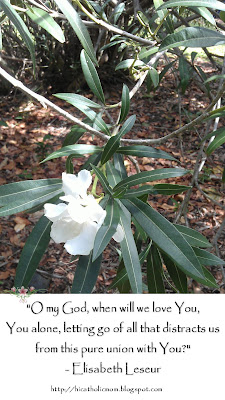 The Thought of God 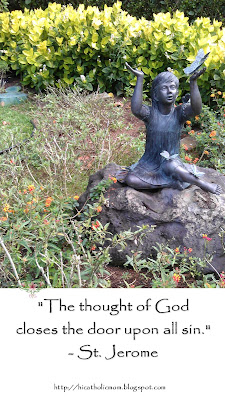 Bishop Larry Silva to Receive the Order of Honorary Alii Knight Companion, 7th Degree. For those of you who don't live in Hawaii, you have to know that this is a very high honor! And, it is being bestowed on Hawaii's own bishop! 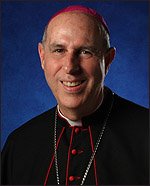 Read it here
Posted by EC Gefroh Posted 9:09 AM No comments: 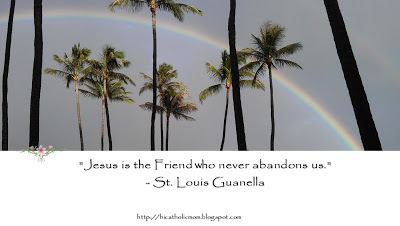