Feast of Our Lady of Czestochowa

Our Lady of Czestochowa, pray for us!

World Over -- Bill Donohue on SNAP

Around the 40 minute mark, Mr. Donohue mentions the visiting priest found not guilty in Hawaii and Father Gordon MacRae. Mahalo Suzanne of These Stone Walls.
Posted by EC Gefroh Posted 6:33 PM No comments:

Bill Donohue reports back from the recent SNAP (the Survivors’ Network of those Abused by Priests) conference.

It’s also time to cease giving any credence whatsoever to groups using “victimhood” to mask a devious agenda. In just about every news account of Catholic scandal since 2002, the news media gives the last and loudest word to representatives of SNAP – the Survivors’ Network of those Abused by Priests – whose spokespersons stand ever ready to condemn the Catholic Church, the priesthood, the bishops, the Pope, and even Catholics in the pews for still being Catholics in the pews.

Irondale, AL – Do you secretly wish you could meet a saint– or perhaps someone who may well be on their way to sainthood? Then tune into EWTN Global Catholic Network this September. Here’s a sneak peek at September’s premieres: (Please see www.ewtn.com for more information.)

Saints Alive! What if 10 of history’s greatest saints returned from heaven to be interviewed and questioned about some of the most important issues of our time? That’s the premise of this show. You’ll be captivated by their holy wit and wisdom! Airs 10:30 a.m. ET, Sundays; 6 p.m. ET, Mondays; 4 a.m. ET, Tuesdays; 10 p.m. ET, Wednesdays; and 4:30 p.m. ET, Saturdays.
Catholic Lives Ireland: The all-star line-up includes Irish luminaries – and saints in the making -- from all walks of life. There’s Richard Moore, founder of “Children in the Crossfire,” who struggled to forgive after being blinded as a child by a British soldier’s plastic bullet during Northern Ireland’s infamous “troubles.” There’s Sister Miriam Duggan, a gynecologist whose chastity program transformed Uganda into Africa’s success story in the fight against HIV/Aids. There’s Mickey Harte, three-time winner of Ireland’s prestigious “Sam Maguire Cup” and manager of the renowned County Tyrone Gaelic Football Team. And that’s not even the half of it! This must-see series airs at 5:30 p.m. ET, Mondays and 4 a.m. ET, Thursdays.
Saints of China: Martyrs of the Middle Kingdom: How do you grow a Church when the government wants to control it? This series, hosted by Anthony Clark, assistant professor of East Asian history at Whitworth University in Spokane, Washington, examines the history of the Catholic Church in China, from the Jesuit missions to the massive growth of Catholic missions before the Communist government came to power in 1949. Learn about the lives of Chinese martyrs, and the state of the Catholic Church in China under the Communist government. Airs 11 p.m. ET, Sundays; and 2:30 a.m. ET, Fridays.
Mary, Mother of the Philippines: Some believe that no country outside of Italy has more beautiful churches and shrines dedicated to Our Lady than the Philippines. Are they right? Join Fr. Melvin Castro’s tour of these holy sites at 2:30 a.m. ET and 1:30 p.m. ET, Thursdays.
Crash Course in the Saints: EWTN favorites, Fr. John Trigilio and Fr. Ken Brighenti, explore the lives of the lives of the saints in this new series. Airs 5:30 p.m. ET, Sundays; and 5:30 a.m. ET and 10:30 p.m. ET, Wednesdays.
Living the Discerning Life: The Spiritual Teaching of St. Ignatius of Loyola: This saint’s spiritual exercises are one of the most famous methods of discerning God’s call – whether you are a religious or laity. If you’ve always wanted to learn more, but haven’t had the time, this is the series for you. Airs 8 p.m. ET, Sundays; 1 p.m. ET, Mondays; and 5 a.m. ET, Fridays.
The Heavens Proclaim the Glory of God: Fr. Robert Spitzer examines the physical evidence – and metaphysical premises for – the existence of God. Airs 3:30 a.m. ET, Mondays; and 5:30 p.m. ET, Fridays. 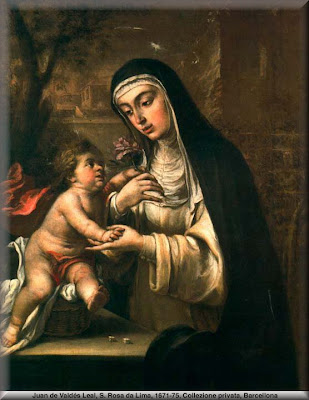 The Savior raised His voice and said with incomparable majesty: Know that grace follows the tribulation. Know that without the weight of afflictions we do not reach the height of grace. Understand that conforming to the works, together we increase the measures of the charisma. Let know one fool themselves: this is the only true stairway to paradise, outside of the cross, there is no path by which we can climb to Heaven! Having heard these words, I was in a powerful impetus to get in the middle of the square to shout with great cries, telling everyone, of any age, sex, state and condition they were: "Listen people, listen, all people: to the words taken from Christ's own mouth, I say: that we cannot acquire grace without suffering afflictions; there is the need of works and more works, to obtain the intimate participation of the divine nature, the glory of the children of God and the perfect beauty of the soul.

This stimulus impetuously drove me to preach on the beauty of the divine grace, it distressed me, made me sweat and crave it. It seems that the soul could no longer detain itself in the bodily prison, but instead it had to break free from the prison, free and alone, with much agility, it should go throughout the world, crying out: "Oh, if mortals only knew what a great thing is grace, how beautiful, how noble, how precious, how many riches are hidden in it, how many treasures, how much jubilation and delights! Without doubt, they would employ all diligence, cares and anxieties to search for pains and afflictions, they would walk through the world searching for troubles, illnesses and torments, instead of adventures, to obtain the ultimate treasure of the constancy of suffering. No one would complain of their cross or works which are their lot if they knew the scale where they weighted and shared among men.

Translated from this source by Esther.
Posted by EC Gefroh Posted 10:05 AM No comments: 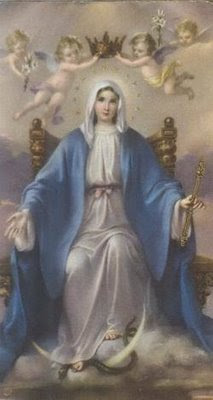 Mary's love for us neither ceased nor diminished after her assumption into Heaven. It rather increased there, for now she sees human miseries all the more. How unfortunate we would be if Mary did not lovingly pray for us from Heaven.


Pray, O Mary, pray and never cease to pray until you shall see me safe in paradise, where I shall be sure of possessing and loving my God together with you, my dearest Mother, forever and ever.
Source Mary Hope of the World by Rev. James Alberione, S.T.D., St. Paul Edition
Posted by EC Gefroh Posted 9:31 AM 2 comments: