VANCOUVER, WA (March 27, 2013) - Announcing their new live theatrical production, “Faustina: Messenger of Divine Mercy,” which opens this Fall, Leonardo and Patti Defilippis of Saint Luke Productions will be featured speakers before 20,000 pilgrims at the National Shrine of the Divine Mercy in Stockbridge, MA on April 7th, Divine Mercy Sunday.

The couple will also join Fr. Michael Gaitley and Fr. Joseph Roesch on the EWTN Global Catholic Network at 12 p.m. ET for a discussion of the importance of Divine Mercy and the Year of Faith, and behind-the-scenes developments for the new “Faustina” live production.  The Divine Mercy Sunday Solemn Liturgy will follow, including recitation of The Divine Mercy Novena and Chaplet at 3 p.m. commemorating Jesus Christ’s death, known as the Hour of Mercy.

“This new drama on Divine Mercy is the culmination of 32 years of proclaiming the Faith through theater and film,” said Leonardo Defilippis. “Our productions on the Gospels and the saints have prepared me to focus on this pivotal message of God’s longing for every soul. God used Saint Faustina to announce that His Mercy is available for even the most hardened sinner.”

“Faustina” will tour the U.S. and Canada and is based on the life and message of Saint Maria Faustina Kowalska (1905-1938), a Polish visionary whose personal encounters with Jesus have inspired a new devotion to Christ’s Divine Mercy.  Canonized in the year 2000 by the late Pope John Paul II as the first saint of the 21st century, she made known to the world Christ’s desire for the recently instituted Feast of Mercy, celebrated on the Sunday after Easter.  Divine Mercy devotion has spread to all corners of the globe, and holds a powerful message for our troubled and despairing age.

Patti Defilippis remarked, “I feel that this particular project will bring a lot of hope to people who see themselves as completely separated from God.  It’s true, God is a just judge who sees all our mistakes and bad choices, but He is also madly in love with each one of us, and will do anything to draw us to Him.  The “Faustina” production is overwhelming, but I am filled with confidence when I remember the words, ‘Jesus, I trust in You.’”

Well known as producers of a wide repertoire of artistic works, including the feature film “Thérèse,” Leonardo and Patti Defilippis are also actors who have traveled North America for over three decades performing live dramas on the Gospels and lives of the saints. Currently in the pre-production phase of script writing and actress talent search, “Faustina: Messenger of Divine Mercy” is slated to tour in the Fall of 2013.

For more information about Saint Luke Productions and the new production, visit www.stlukeproductions.com.

A very happy and blessed Easter to each and every one of you and your family! 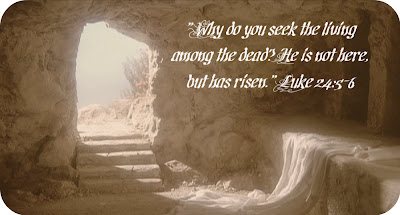 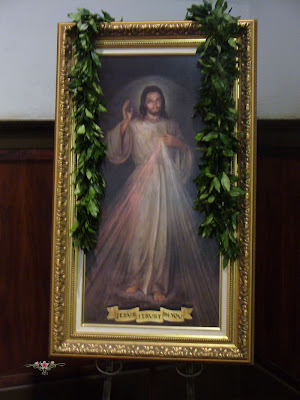 This upcoming Good Friday we begin the Divine Mercy Novena. The novena can be found here. I can't stress enough how vital it is for everyone to join in praying this special novena in preparation for Divine Mercy Sunday (the Sunday following Easter Sunday).


The Promise.
According to St. Faustina, Our Lord promises to those who go to confession and communion on this day, the remission of the guilt and the punishment of sins.


On that day the very depths of My tender mercy are open. I pour out a whole ocean of graces upon those souls who approach the fount of My mercy. The soul that will go to Confession and receive Holy Communion shall obtain complete forgiveness of sins and punishment. On that day all the divine floodgates through which grace flow are opened. Let no soul fear to draw near to Me, even though its sins be as scarlet. My mercy is so great that no mind, be it of man or of angel, will be able to fathom it throughout all eternity. (Diary of Sr. Faustina, 699)

Many take this to mean that they must go to Confession ON Mercy Sunday. This is not true. To receive the benefits of the Promise one must be in the state of grace. The Lord does not promise the absolution of grave sin on Mercy Sunday, but points us to the Sacrament of Penance. To receive the grace we should be disposed. This is done by a confession near the time of Mercy Sunday. According to the Cardinal of Krakow, the confession which a Catholic makes during Lent in preparation for Easter is sufficient. Priests do not have to provide confession on Mercy Sunday so that Catholics can satisfy this condition. Since it is a Sunday the condition of Communion can be easily satisfied (including at the Saturday Vigil Mass). Our Communion, as our Confession, should be especially devout.