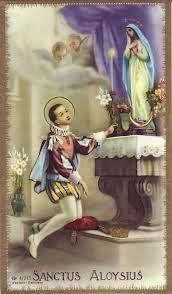 Today the Catholic Church commemorates the feast of Saint Aloysius Gonzaga, a young Jesuit who died at the age of 23.

In honor of St. Aloysius Gonzaga, I share with you the list of young saints.  These saints and blesseds were all under the age of 25.  Again, this is only a partial list and it will be added to in days to come.

Source:  The Book of Saints compiled by the Benedictine Monks of St. Augstine's Abbey, Ramsgate, 1966.
Posted by EC Gefroh Posted 5:59 PM No comments: 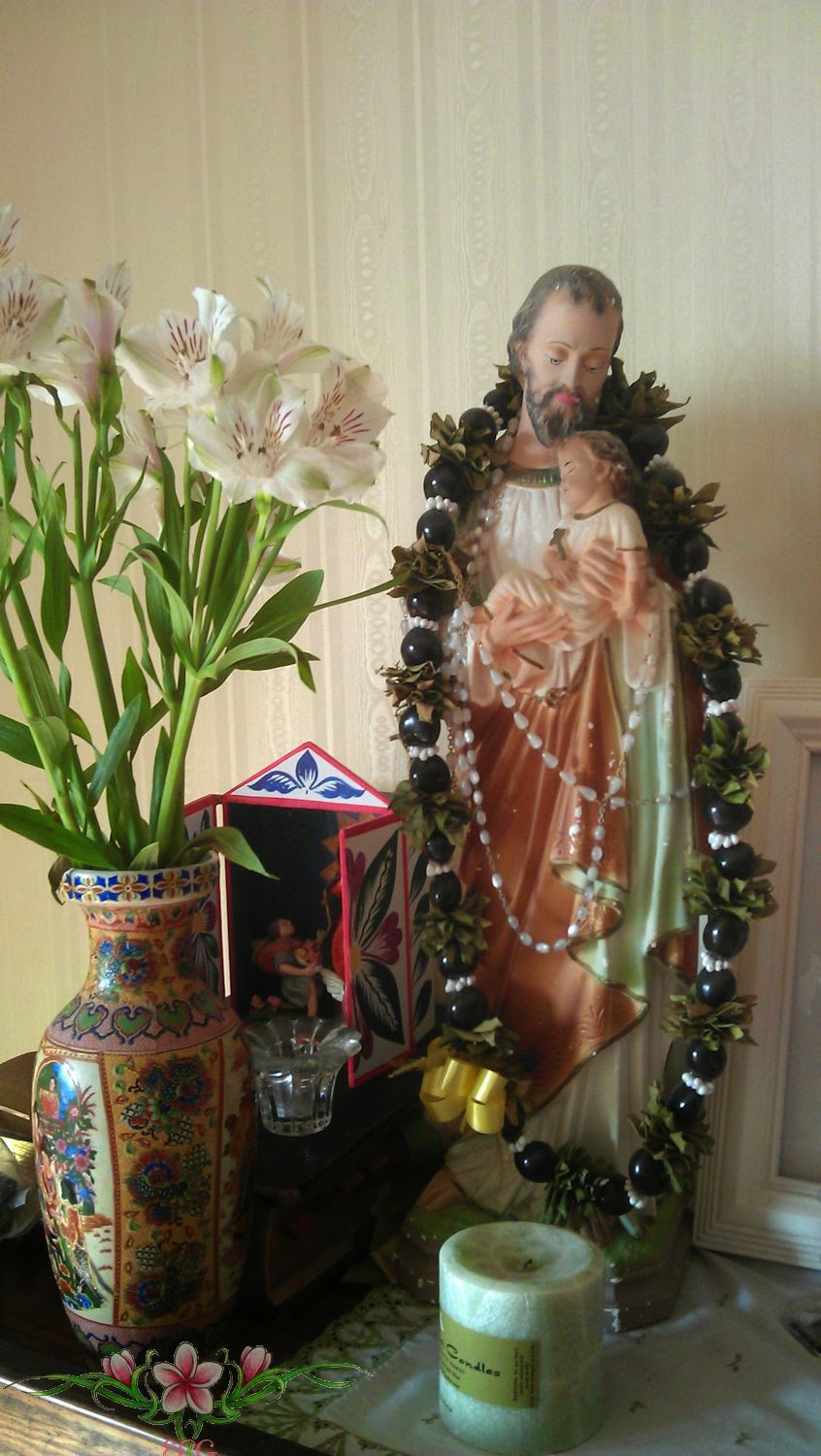 Note:  Some feast days may have changed as some of the reference books used are older.

The following is a partial list of the saints who were parents:


Source:  The Book of Saints compiled by the Benedictine Monks of St. Augstine's Abbey, Ramsgate, 1966.

Irondale, AL –The Denver-based Catholic News Agency (CNA) and its sister organization, ACI Prensa, the world’s largest Spanish-language Catholic news organization with headquarters in Lima, Peru have become part of the EWTN Global Catholic Network.
“EWTN has been a partner with both Catholic News Agency and ACI Prensa for many years in creating and distributing Catholic news content, and I am very pleased and excited that these two highly respected news organizations will become a part of the EWTN family of services,” said Michael P. Warsaw, the Network’s chairman of the board and chief executive officer.
“Since its founding a decade ago, CNA has proven itself to be a valuable source for reporting on important issues of the day that are of interest to Catholics and non-Catholics alike,” noted Warsaw. “For its part, ACI Prensa has been the world’s leading outlet for Spanish-language Catholic news and reporting. ACI Prensa will be a perfect fit alongside EWTN’s other services including our Spanish-language television, radio and web-based services.”
Under the terms of the transaction, no cash will be exchanged between the parties. EWTN will assume control of all ongoing activities of the two organizations.  Alejandro Bermudez, a member of the Sodality of Christian Life who is currently the executive director of both CNA and ACI Prensa Group will continue to serve in that capacity.
“Among other impressive accomplishments, EWTN is the world's largest distribution outlet for Catholic content. Given that CNA and the ACI Group have become one of the largest generators of Catholic news content in three languages, this union is a synergistic, natural step to take,” said Bermudez. “This is truly a 'match made in Heaven.'”
This move is the latest step in EWTN’s efforts to expand its news presence in the global Catholic digital and multimedia marketplace. In 2013, the Network launched EWTN News Nightly, a daily news program based in Washington, D.C. covering major news events from a Catholic perspective. In 2011, EWTN acquired The National Catholic Register, the leading Catholic newspaper in the United States. The Network also produces The World Over with Raymond Arroyo, the highly-acclaimed weekly news analysis and in-depth interview program. In addition, its radio and digital media services have also greatly expanded their news dimension in recent years.
EWTN Global Catholic Network provides multimedia services to more than 140 countries and territories. The Network transmits eleven separate television channels in several languages to more than 230 million homes around the world. It also operates multiple radio services including a network of hundreds of AM and FM stations, a SiriusXM satellite radio channel, an iHeart radio channel and a global shortwave radio service. EWTN’s main website, www.ewtn.com, is the most visited Catholic website in the US. Its diverse digital and social media platforms rank among the top Catholic outlets in the world.
Catholic News Agency was founded in Denver, Colorado in 2004 and has been one of the fastest growing Catholic news providers in the English speaking world. The organization maintains new bureaus and reporters around the world, including Washington, D.C. and Rome. CNA content is made available free of charge through its own website, www.catholicnewsagency.com, and through other websites and outlets includingwww.ewtnnews.com. CNA also provides an editor’s service to Catholic publications, dioceses and parishes.
ACI Prensa was founded in Lima, Peru in 1980 by the German missionary, Fr. Adalbert Marie Mohm. It was his desire to provide a steady flow of Catholic news to secular media outlets and end-users throughout the Spanish-speaking world. Today ACI Prensa is the largest and most visited web provider of Catholic news in Spanish through www.aciprensa.com and www.ewtnnoticias.com. The organization also operates a Portuguese language service in Brazil, ACI Digital, available at www.acidigital.com.
Posted by EC Gefroh Posted 6:16 PM No comments:

Irondale, AL – U.S. District Court Judge Callie V.S. Granade of Mobile, Ala. issued an opinion on June 17 denying EWTN Global Catholic Network protection from the government mandate that it must provide coverage of contraception, abortion-inducing drugs and sterilization as part of its employee health care coverage.

“We are extremely disappointed with the decision reached by the court in this case,” said EWTN Chairman and CEO Michael P. Warsaw.  “The opinion issued is clearly inconsistent with the decisions reached in nearly all of the cases decided to date.  The fact that the court has dismissed the serious issues of conscience and religious freedom that EWTN has raised is very troubling.”

“As an organization that was founded to uphold the teachings of the Catholic Church, we do not believe that contraception, abortion-inducing drugs and voluntary sterilization should be defined as health care.  We simply cannot facilitate these immoral practices,” said Warsaw.  “We have no other option but to continue our legal challenge of the mandate,” Warsaw continued. “We are making an immediate appeal to the Eleventh Circuit Court of Appeals in Atlanta.”
EWTN filed its original lawsuit on Feb. 9, 2012 after the government issued the first set of rules for the mandate. That first suit was dismissed on technical grounds by Federal Judge Sharon Lovelace Blackburn of Birmingham, Ala. on March 25, 2013.  EWTN filed its current lawsuit October 28, 2013 against the Department of Health & Human Services and other federal agencies seeking to stop the government from imposing the HHS contraception mandate and protect EWTN’s constitutional rights.  The State of Alabama, through its Attorney General Luther Strange joined EWTN as a co-plaintiff in the new lawsuit.
“Alabama has a proud history of protecting our First Freedom,” said General Strange.  “We have been honored to continue that tradition by standing with EWTN and protecting rights of conscience for all Alabama citizens, and we will continue to support EWTN as it appeals the district court’s disappointing decision.”
“This decision is out of step with the overwhelming majority of decisions in similar cases nationwide,” said Lori Windham, Senior Counsel at the Becket Fund for Religious Liberty, which filed both lawsuits on EWTN’s behalf. “Over 80% of cases have protected religious objectors from this mandate.”
EWTN Global Catholic Network, in its 33nd year, is available in over 230 million television households in more than 140 countries and territories. With its direct broadcast satellite television and radio services, AM & FM radio networks, worldwide short-wave radio station, Internet website www.ewtn.com, electronic and print news services, and publishing arm, EWTN is the largest religious media network in the world.
The Becket Fund for Religious Liberty is a non-profit, public-interest law firm dedicated to protecting the free expression of all religious traditions. The Becket Fund has a 17-year history of defending religious liberty for people of all faiths. Its attorneys are recognized as experts in the field of church-state law, and won a 9-0 victory against the federal government at the U.S. Supreme Court in Hosanna-Tabor v. EEOC.
Posted by EC Gefroh Posted 2:06 PM No comments: