THE ASSUMPTION OF MARY The Solemnity of the Assumption of Mary is a feast that traces its origin to the earliest ages of the Church. Tied to this feast are themes of Mary as Mother of the Church and model for the Church. In her the Church witnesses the fullness of the effects of the saving death and resurrection of Christ for humanity. The Preface for the feast’s Eucharistic Liturgy attests to this.

Today the Virgin Mother of God
was taken up into heaven
to be the beginning and the pattern of the Church
in its perfection,
and a sign of hope and comfort for your people
on their pilgrim way.

The themes of the Mass prayers and readings, and those of the Liturgy of the Hours, reflect the basis of the Church’s teaching about Mary and the many titles accorded her in popular Christian devotion.

The feast of Mary’s Assumption honors her Dormition, as the feast is called in the East, her falling asleep in the Lord and being taken body and soul to heaven when her earthly life was completed.  Mary’s Assumption is analogous to Jesus’ Ascension.

The similarity between the privileges of Christ and those of his Mother is in no way identity.  Christ has his prerogatives by his very nature as God Incarnate.  Mary receives hers by a free gift from God.  “He who is mighty has done great things for me.”

We understand that Mary is a creature only, dependent on Christ for everything.

She is a woman and a mother, and her grace is adapted to her own nature and to her own special function.  Christ exists for God.  Mary exists for Christ.  God made Christ our unique Redeemer.  Mary exercises her role as Cordemptrix only through union with Christ, and she herself had to be redeemed by him.  Christ is our necessary advocate with the Father.  Mary is our advocate with Christ and through Christ.  So it is with all the privileges of the Blessed Virgin Mary.

This analogy is the work of the filial piety of the Son of God for his Mother.  This was understood by the faithful from earliest times, even though it was not formulated until later.   In the eighth century St. John of Damascus  explained in regard to the Assumption: “It was necessary that the Mother should have entered into the possession of all the goods of her Son, and that she should have been venerated by all creation as the Mother and Handmaid of God.  It is a customary practice that the wealth of the parents pass to their children.  But here . . . the springs of the sacred waters flow toward the height.  The Son has submitted the entire creation to the dominion of his mother.”    Centuries later St. Louis de Montfort wrote:  “All that is proper to God Incarnate by nature is proper to Mary by grace.”

Around 1930 the renowned Marianist Mariologist and author, Father Emile Neubert, S.M., expressed this principle of analogy with theological exactness: “To the various privileges of the humanity of Jesus there correspond analogous privileges in Mary, in the manner and in the degree required by the difference between her condition and that of her Son.”

Finally Pope Pius XII solemnly defined Mary’s Assumption as a dogma and an article of faith in Munificentissimus  Deus more than six decades ago on November 1, 1950.
In many countries this feast is a holyday of obligation.  In Lebanon, August 15 is also a national holiday observed by peoples of all faiths.

What meaning and message does Mary’s Assumption have for us today?  This doctrine and feast remind us of our eternal destiny, that we are made for everlasting life with God.  This feast honoring Mary points us to our future and reminds us to live accordingly so as to achieve our goal.  The Assumption of Mary also teaches us respect for life and for the sacredness of the human body.

Queen assumed into heaven, pray for us!

“The most deadly poison of our times is indifference. And this happens, although the praise of God should know no limits. Let us strive, therefore, to praise Him to the greatest extent of our powers.” (St. Maximilian Kolbe)
Quote source 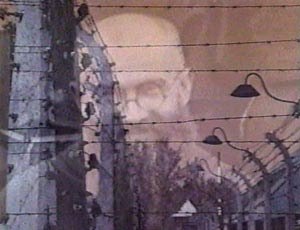 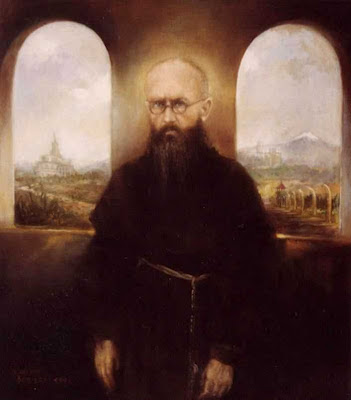 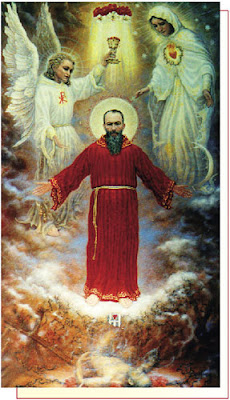 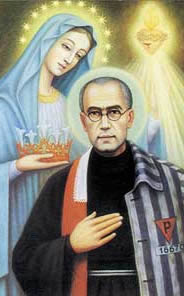 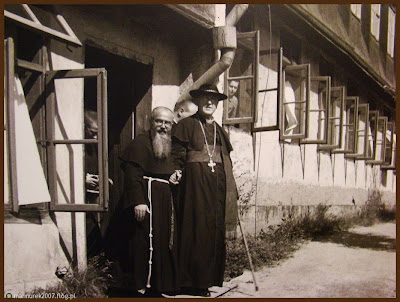 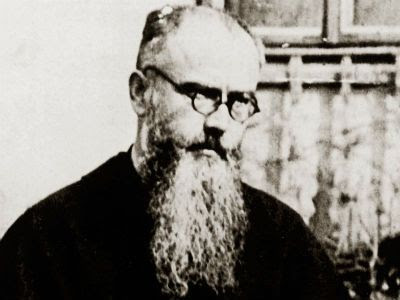 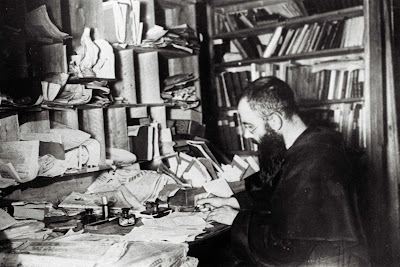 
Immaculate One, Virgin Mother, to Thee I turn in humble prayer: "Grant that I may praise Thee, O holy Virgin; give me strength against Thine enemies!" (Bl. John Duns Scotus)

The Immaculate One appears in this world without the least stain of sin, the masterpiece of God's hands, full of grace. God, the Most Holy Trinity, beholds the lowliness (that is, the humility, the root of all Her other virtues) of His Handmaid, and does great things for Her, He the Almighty (cfr. Lk. 1,49). God the Father gives Her His own Son to be Her Son; God the Son descends into Her womb; and God the Holy Spirit forms the body of Christ in the womb of this pure Virgin. And the Word was made flesh (Jn. 1,14). The Immaculate One becomes the Mother of God. The fruit of the love of God in his Trinitarian life and of Mary the Immaculate One is Christ the God-Man. (Sketches for a Book, SK 1295)

But what does the expression Immaculate Conception mean? The word conception tells us that She is not eternal, that She had a beginning. Immaculate tells us that from the first instant of Her existence there never was in Her the least conflict with God's will. The Immaculate One is the most perfect of all creatures...She was immaculate because She was to become the Mother of God; She became the Mother of God because She was immaculate.

Mother of God! The human mind cannot grasp what God is. Neither can we comprehend the dignity of the Mother of God. It is easier to understand a title like servant of God; daughter of God is more difficult to grasp; but Mother of God transcends our minds completely.

God calls creatures into being when He creates them. Then, in their movement of return to God, these creatures draw near to Him and come to resemble their Creator more and more. God comes to this most perfect Creature, the Immaculate One; and the fruit of Their love is Jesus Christ, the Mediator between the Creator and all creatures...

True knowledge of the Immaculate One can only be acquired in prayer. The purer a soul is, the greater efforts it makes to avoid sin; and if it does happen to sin, it tries its best to rise from sin and to make up for its fault by love. The more humble it is, and the more spirit of penance it shows, the more and better it will get to know the Immaculate. (Conference 26.VII.39)
Source of the excerpt of St. Maximilian Kolbe's writings on the Immaculata, EWTN
Posted by EC Gefroh Posted 12:57 PM No comments: