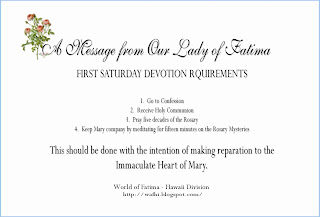 Click image to read.
Posted by EC Gefroh Posted 10:07 AM No comments:

Quote by St. Therese of Lisieux

In honor of the upcoming Year of Mercy which will be heralded in on December 8th, I will be sharing spiritual quotes by holy men and women, on God's mercy.  Today the church celebrates the feast of the Little Flower so I think it is fitting that we share one of her quotes since her whole life proclaimed love of God and His infinite mercy. 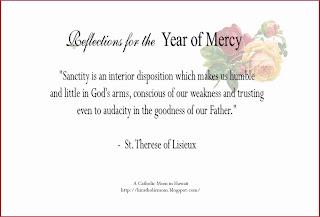 Click image for better viewing.
Posted by EC Gefroh Posted 10:40 AM No comments: 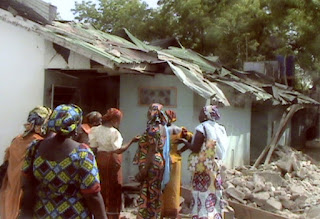 A leading Nigerian prelate said that offering amnesty to Boko Haram fighters would prompt most of the militants to lay down their arms. Such a policy could bring about a peaceful resolution of the ongoing Islamists insurgency, according to Cardinal John Onaiyekan, the Archbishop of Abuja, the Nigerian capital.

On a visit to New York, the cardinal told international Catholic charity Aid to the Church in Need (ACN) that up to 80 percent of Boko Haram fighters do not subscribe to the terror group’s Islamist ideology and are therefore likely to respond to the chance to leave the terror group without facing serious consequences.

The cardinal’s call for the consideration of granting amnesty to Boko Haram fighters comes amid reports of breakthroughs in the struggle against the terror group.

Nigeria’s military just announced significant gains in its counter-offensive against Boko Haram in its traditional heartland in Nigeria’s northeast.

Cardinal Onaiyekan confirmed that “in the past month we have seen evidence of major inroads into parts of the country held by Boko Haram.”

“They no longer control large sections of our national territory. They no longer hold areas that are out of bounds to everybody but them—but they are still around and can create havoc.”

The archbishop praised the policies of new Nigerian President Mohammadu Buhari in tackling Boko Haram since he took office May 29, 2015, including the formation of an international coalition to take on Boko Haram through an alliance with neighboring Chad, Cameroon and Niger.

The prelate also stressed the importance of the involvement of major world powers like the US and France, whose ability to provide intelligence to the Nigerian army is crucial.

With Boko Haram apparently in retreat, the Cardinal said that a policy of offering amnesty to Boko Haram fighters would have to include a provision that would ensure that these militants give up their weapons and renounce violence along with any allegiance to Boko Haram.

The cardinal said that the government would have to promise those leaving Boko Haram decent treatment. Such a promise, he said, “will encourage many to come out.”

By contrast, he added, if the military, upon their surrender, “treats them badly or slaughters them, that will stop others from coming out.”

Proclaiming that Nigeria is “big enough and strong enough to take the risk of amnesty,” the cardinal acknowledged that the proposed policy is not popular among Christians.

He explained: “Boko Haram succeeded in destroying all goodwill between Muslims and Christians in those areas where [the terror group] was active.”

“We have seen a lot of anger between Muslims and Christians. Much will need to be done” to bring the two sides back together.

According to the Catholic Diocese of Maiduguri, which lies in the heart of Boko Haram’s prime target area in Nigeria’s northeast, at least 5,000 people have been killed, while 350 churches and rectories were destroyed.

Up to 100,000 Catholics have been displaced and are only slowly beginning to return to their homes.

With picture of destruction in the Diocese of Maiduguri (© ACN)