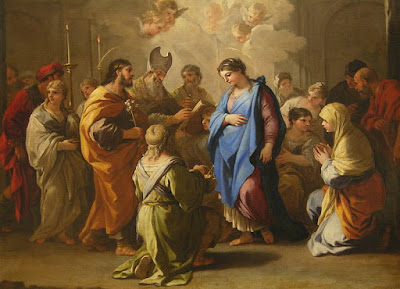 The world continues to cry out in victory.  Man's laws have made homosexual marriage the law of the land.  God's laws have been altered to suit misguided people.  It is a triumphant day for the world because they believe marriage equality has been achieved.

Is God weeping or is He seething in anger?  One wonders what is in store for us.  Will God punish such a personal attack?  God is the only one who knows but one thing is certain, He is still in control.

Those of us who follow Him are troubled and trying hard to make sense of this chaotic world turned upside down.  The warning signs were ignored by the majority it seems.  Civil unions were never enough to satiate a lust for control.  It was marriage that was the intended target.

It does appears the world has gone mad or drunk with power.

Christians, especially Catholics are now being targeted.  The world will not rest until the Christians are punished or wiped out.  Christians will continue to be intimidated, falsely accused of intolerance, bigotry and hate.  Ironically, that is exactly how the world reacts to those who do not agree with them or who do not blindly follow like lemmings. The world is very intolerant of those who oppose their wicked ways.  God help you if  one has deep held beliefs or try to defend God's laws.

This persecution has begun.

Churches are in danger of losing their tax-exempt status.  Pastors are being forced to perform so-called "same-sex marriages" or be punished by fines or lawsuits.  Marriage will become a free-for-all for those who want to marry as they please such as multiple spouses, marriage to animals or even inanimate objects.  And, it is frightening to think of the consequence that it will have on children.

Something good may come out of this darkness.  This mockery of marriage may make Christians  appreciate their own marriage vows.   We will see how precious this sacrament that we share with our spouse really is.  How many of us have foolishly taken our marriage for granted!  How many of us go through the motions of every day life without really working on strengthening our marriage?  Why is it that we start appreciate something when it is threatened?

Christians,  and all people of good-will, continue to fight for the sanctity of marriage with prayer, especially as a couple or as a family, by sharing inspirational quotes when emailing or on social networks, and by speaking out respectfully when needed, to defend what God has created and which the world cannot change, no matter what dubious laws they pass.


"We must never forge that only when love between human beings is put to the test can it's true value be seen." - St. John Paul II 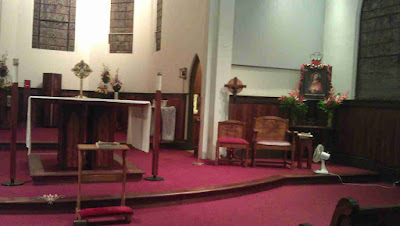 The following was written by Father Michael Muller, CSSR in his Book:  The Blessed Sacrament:  Our Greatest Treasure.

-  wean your heart from creatures.

-  endeavor to mortify your attachment to honors, riches and pleasures.

-  spare no trouble for the sake of the kingdom of heaven.

-  keep yourself always in the fear of God.