On Thursday, the day Joey and I were arriving in New Jersey, my parents received the sad word that our good friend was dying. It was a bittersweet reunion that morning.

If you are fortunate, once in your life you meet an angel on earth. It was therefore a huge blessing that our entire family was blessed to have this guardian angel be a friend to our entire family. Sister Lucy, as we all affectionately called her, was our angel. She virtually adopted our family as her own and we loved her very much.

She was my sisters' 6th grade teacher at the now closed St. John's Catholic school. She became and remained our friend until her death this past Wednesday at the age of 89.

Since last week my family and I have been reminiscing a lot about this wonderful sister. My parents had her over for dinner regularly, at least once a month or so. She was a little bit of a woman but what a dynamo! She was as Irish as you can get and still spoke with that delightful Irish lilt in her voice. Her family came over from County Cork, Ireland. She was a wonderful story teller who often regaled us with tales of her experiences as a Sister of Charity in China, St. Thomas the Virgin Islands and of course of her beloved family and her students.

Her funeral was held last evening at the beautiful chapel at Convent Station. For many years now, Sister Lucy's memory failed her and she did not recognize us any more. Yet she was still sweet and funny as ever. The celebrant priest had been Sister Lucy's 8th grade student and he spoke of her with such love and admiration. As he told stories of his mischievous ways when he was Sister Lucy's student and how she dealt with his shenanigans, it was as if Sister Lucy was still with us. I guess she was with us in spirit as they say.

There are many stories that I would love to share but one that stayed in my mind is one my sister told me. After Sister Lucy retired as a teacher, she moved to an affluent town's convent. There she brought Holy Communion to the homebound. One day my sister accompanied Sister Lucy on her rounds. On that particular day, they stopped over at Catherine Beebe's home. If you are a Catholic homeschooler, you are no doubt familiar with this Catholic author whose books were included in the Vision Books series. She wrote St. John Bosco and St. Dominic and the Rosary as well as other books. I still wish I had accompanied them that day.

Another story my sister told was when Sister Lucy and Sister Carita, author of Havoc in Hunan were in China. A Communist soldier forced themselves into their bedroom. The sisters were usually always dressed in their habits. However, that day, Sister Lucy hadn't been feeling well so she was in bed. When one of the soldiers went to her bedroom he picked up something from the chair and started curiously looking at it with a perplexed look on his face. Sister Lucy burst out laughing and continued to laugh as he had picked up her corset. She was gutsy!

With the passing of Sister Lucy, the Sisters of Charity lost the last missionary sister to China.

Sister, we will miss you but I know you will be telling God all of your old jokes.
Posted by EC Gefroh Posted 4:35 AM 13 comments: 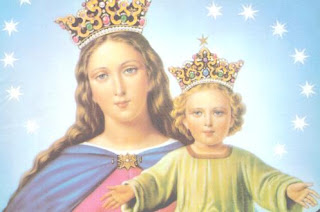 My mother was taught by Salesians in Peru. She has quite a devotion to this title of our lady.

Be sure to check out Padre Steve's blog for more on our Lady Help of Christians.
Posted by EC Gefroh Posted 4:18 AM No comments: 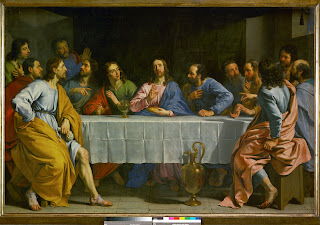 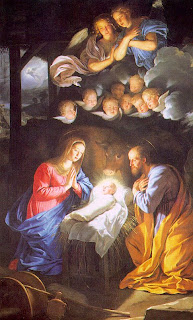 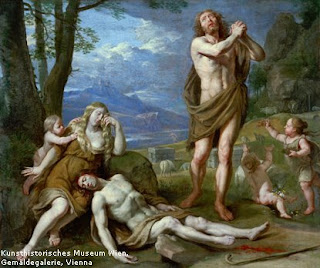 The Lamentation for Abel 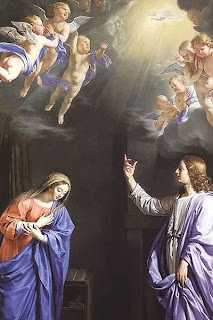 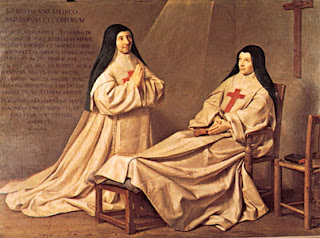 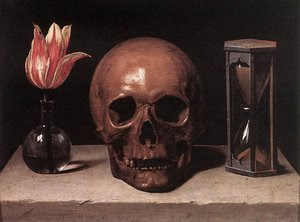 Vanity - Still Life with a Skull

Born in Brussels of a poor family, Champaigne was a pupil of the landscape painter Jacques Fouquières. In 1621 he moved to Paris, where he worked with Nicolas Poussin on the decoration of the Palais du Luxembourg under the direction of Nicolas Duchesne, whose daughter he married.

After the death of his protector Duchesne, Champaigne worked for the Queen Mother, Marie de Medicis, and for Richelieu, for whom he decorated the cardinal's palace, the Dome of the Sorbonne church and other buildings. He was a founding member of the Académie Royale de Peinture in 1648.

Later in his life (1640), he came under the influence of Jansenism. After his paralysed daughter was allegedly miraculously cured at the nunnery of Port-Royal, he painted the celebrated but untypical picture Ex-Voto de 1662, now in the Louvre, which represents the artist's daughter with Mother-Superior Cathérine-Agnès Arnauld.

Praying for the Unemployed

My friend Easter is asking us all to join her in praying for the unemployed. Those of us in Hawaii have seen an old established airline like Aloha recently forced to shut down and hundreds of their employees have lost their job. Easter and I know friends who out of the blue have lost what they thought were secure jobs. I would also ask that we continue to pray that those who have jobs, continue to have job security.

PRAYER TO ST. JOSEPH FOR EMPLOYMENT

Dear St. Joseph, you were given the responsibility of providing the necessities of life for Jesus and Mary. Look down with fatherly compassion upon our brothers and sisters in their anxiety over their present struggle to support their families due to job loss. Please help them find gainful employment very soon, so that this heavy burden of concern will be lifted from their hearts and that they soon will be able to provide for those whom God has entrusted to their care. Help us to guard against bitterness and discouragement, so that we may emerge from this trial spiritually enriched and with even greater blessings from God. Amen.
Posted by EC Gefroh Posted 3:00 AM 3 comments:

From Atheist to Catholic Priest

Check out this video over at Easter's blog
Posted by EC Gefroh Posted 10:22 AM No comments: 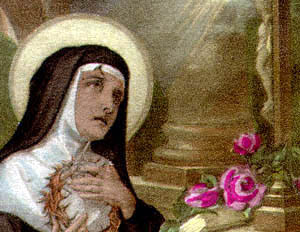 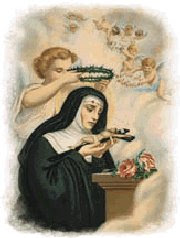 Source for the top picture here
Posted by EC Gefroh Posted 9:59 AM 3 comments: 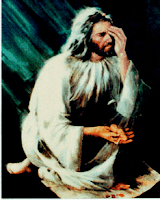 Although I pray this prayer on a daily basis, I found this site Spiritual Adoption through my friend Josephine and the Archbishop Sheen's Cause for Canonization's website:

Over 30 years ago a court decision was rendered which legalized abortion throughout the entire nine months of pregnancy. This decision, Roe v. Wade, is the reason over 1 million abortions have been committed in the U.S. each year

To help stop the anti-life push around the world, the late Archbishop Fulton J. Sheen encouraged the spiritual adoption of an unborn child. This is done by praying that the one particular but unknown child’s life be spared abortion and be allowed to continue to live.

To help accomplish this, it was recommended an individual say the following daily prayer for a period of nine months.

“Jesus, Mary and Joseph, I love you very much. I beg you to spare the life of [baby’s name] the unborn baby that I have spiritually adopted who is in danger of abortion.”
- Prayer of Archbishop Fulton J. Sheen

Your prayers CAN make a difference between whether a baby will be born...or aborted. Our prayers can also be a form of spiritual support for both of the parents. Please share the love of life given to you by the Lord of all life and join in spiritually adopting a baby.

Posted by EC Gefroh Posted 4:42 AM No comments:

Novena to the Sacred Heart of Jesus Starts Today

As is customary when it comes to novenas yours truly directs you to EWTN for the Sacred Heart of Jesus Novena
Posted by EC Gefroh Posted 10:38 AM 3 comments:

Quotes by Cardinal Thuan - The Church

The following quotes are from Cardinal Thuan's book The Road to Hope. You can read more about it on an earlier post found here

"A person who really loves the Church does not seek to destroy it."

"There are many people who criticize the organization of the Roman Curia. I would agree with them that the Roman Curia is not perfect, but I would ask them whether their own government is any better. Besides, one must distinguish between the Curia, which is only a human organ of the Church, and the Church itself, the Body of Christ."

"You say that you would never turn against the Church, but you do not hesitate to oppose the representatives of the Church. If this is how you think, you are playing games!"

"During the last two thousand years, the Church as been betrayed by apostles, popes, cardinals, bishops, priests, religious, and lay people in the extraordinary ways which Paul VI called 'self-destruction'. However, after each of these upheavals, the Church has renewed itself [sic] and become ever more fresh and brilliant and strong. The Church continues to live the mystery of the passion and resurrection."

"Be ready to sacrifice for the Church and through the Church." 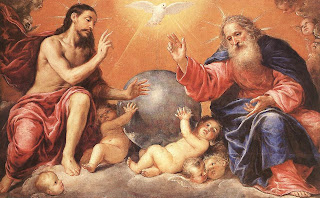 Glory be to the Father and
to the Son, and to the
Holy Spirit.
As it was in the beginning is now
and every shall be,
world without end.
Amen.
Posted by EC Gefroh Posted 12:00 AM 2 comments: