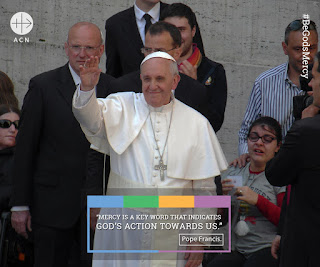 International Catholic charity Aid to the Church in Need (ACN) has launched a worldwide campaign that calls on the faithful to help the sick and suffering around the world with acts of charity.

The “Be God’s Mercy” campaign has the Church’s most important backing—that of Pope Francis, who personally endorses the four-month-long initiative that will conclude Oct. 4, 2016. On that day, the Feast of St. Francis of Assisi, ACN officials will present the Pope with the “first fruits” of the campaign.

At a press conference formally launching the campaign, the Pope—in a video message—called on Catholics around the world to “carry out works of mercy together with ACN, in every part of the world, in order to meet the many, many needs of today.”

Projects that will benefit from the unprecedented fundraising effort—driven by all of the 22 national offices of ACN—will include pastoral ministry in prisons, drug rehabilitation centers, the funding of support groups for battered women, and aid for refugees.

The very first benefactor of the campaign is Pope Francis himself who—prior to a recent visit by an Italian delegation of ACN to Erbil in Iraqi Kurdistan—entrusted a donation to the organization earmarked for Iraqi Christians.

The papal gift will be presented to St. Joseph’s Clinic in Erbil, which offers free medical care to some 2,800 refugees of various religious backgrounds.

Present at the press conference were ACN’s international President Cardinal Mauro Piacenza and General Secretary Philipp Ozores. Along with other members of the ACN delegation, the officials were received in a private audience by the Pope just prior to the press conference.

The press conference—which was moderated by the Vatican’ media spokesperson Father Federico Lombardi, SJ—featured an account by Archbishop Sebastian Francis Shaw of Lahore, Pakistan on how local Christian communities have reacted to the Easter bomb attack on a local park that killed 76 Christians, including 30 children.

Three projects in the “Be God’s Mercy” campaign will support the Church in Lahore, partly to aid victims of an earlier March 2015 attack on two churches in the city’s Christian quarter and partly to improve security measures for one of these churches, the Church of St. John, as well as for the nearby diocesan seminary of St. Francis Xavier

The relationship between Pope Francis and ACN goes back a long way. As Archbishop of Buenos Aires, then-Cardinal Bergoglio carried out a number of projects with the help of ACN, which he described, in a letter written to mark the 60th anniversary of the charity, as a “symbol of communion and fraternity with the suffering Church.”

For more information about the Be God’s Mercy Campaign, please consult the multi-lingual website www.acnmercy.org

With picture of Pope Francis (© ACN)

Biblical fathers and sons depicted in art is this week's theme.

Happy Father's Day to all you father's!

2.  St. Joseph and the Child Jesus

3.  The Prodigal Son and his loving Father. 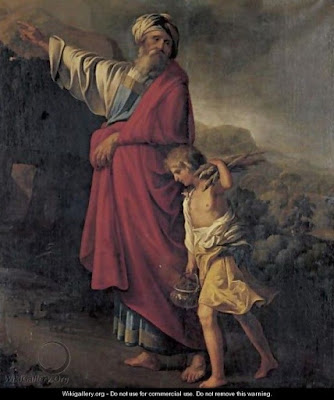 ACN News - ‘Mother Teresa was the best missionary of the millennium’ 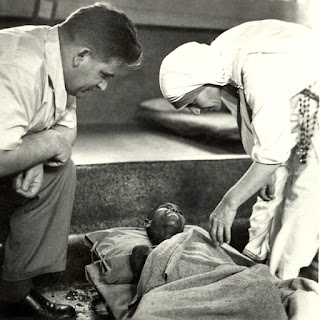 An Indian prelate has described Blessed Teresa of Calcutta, who will be canonized by Pope Francis Sept. 4, 2016, as the “best missionary of the millennium.”

Bishop Salvadore Lobo of Baruipur, who headed the canonization committee, reported that Christ had said to Mother Teresa in a vision: “Go into the houses, I cannot go alone, you be my face.” Indeed, “for the world today she has become the face of Christ,” the bishop said.

Hindus also understand, Bishop Lobo added, that “service to the poor is service to God.” The bishop reported that during the beatification process as well, a large number of witnesses had come forth, including many Hindus and Muslims. He described the canonization as “a great joy” for all of India.

Bishop Lobo, who met Mother Teresa as a young seminarian and worked with the dying at her “Kalighat” hospice in Calcutta as a volunteer, described his first impression of her as that of a “transformative saint” who “emanated the personification of Christ.”

“She taught the world a lesson: Jesus lives in the hearts of the poor. We shall find His face in them,” the prelate said.

Mother Teresa was born Anjezë (Agnes) Gonxha Bojaxhiu Aug. 26, 1910, in Skopje (at the time it was part of the Ottoman Empire, today it is part of Macedonia). Her family was Albanian. At age 18, she entered the Order of the Loreto Sisters.

Soon thereafter she was sent to India, where she worked as a teacher until 1946, when she felt the calling to serve the poor.

At first she went alone into the slums of Calcutta, but was then joined by several former fellow students. She founded the order of the “Missionaries of Charity,” which continues to take care of the poorest of the poor all over the world today.

Mother Teresa was already considered a saint during her lifetime and became famous the world over as the “Angel of the Poor.” She received the Nobel Peace Prize in 1979.