Karol Wojtyla (1920-2005) served as Pope John Paul II (1978-2007) in a lengthy, whirlwind, and remarkable papacy.   He passed to eternity April 2, 2005.  In 2011 he was beatified by his successor, Pope Benedict XVI.  October 22, the date of his installation as pope in 1978, has been assigned as his festival day in the liturgical calendar.  And now our current Holy Father, Pope Francis, has raised him to sainthood.

What do you recall about this remarkable pontiff?

Saint John Paul II was born to lead and to inspire, to bridge the human and the divine.  More than one observer characterized him as “man of the century” during his lifetime.  And even before his passing to eternity some commentators were assigning to him the encomium “John Paul the Great.”

But John Paul II also drew a considerable share of criticism
and a wide variance of opinion.  Then what can we say with certainty, in the absolute, about the 264th successor of St. Peter.  Looking beyond doctrine and politics we see a truly extraordinary person.

Above all, he mattered in his period of history.  He changed the face of Europe, stopped several wars and protested others, traveled the equivalent of three-and-a-half times to the moon.  He has been seen in person by more people than anyone else in history.  John Paul II most certainly must be numbered among the titans of his time.  This pope was a magnet for humanity.

As a “sign of contradiction” and one who mattered in human and church arenas, he also divided.  The wide range of varying opinions might be the most convincing sign of his impact.  John Paul II made over 100 trips outside Italy, canonized about 500 saints, beatified about 1400, and authored more than a dozen landmark encyclicals and numerous other instructions.  He worked to bring together East and West .   The list of his activities seems endless.  He exhibited boundless energy for work and for engaging people.  All of this made him famous, but it also made him controversial.  His was a bruising, polarizing pontificate.

In the final analysis, we can confidently say that John Paul, deeper than his politics and his Polish Catholic cultural formation, was an extraordinary person of sterling character, a genuine mensch. He was a strong, intelligent, caring human being.  His integrity and dedication to duty present a standard by which other leaders can be measured.

Above all, John Paul was a selfless human being in a me-first world.  Cardinal Roberto Tucci, who planned the pope’s trips and briefed him hundreds of times on trips long and short, observed that never did the pope ask what conveniences or creature comforts to expect.  That indifference to himself was noticeable every time he entered the public stage.   The very motto of this dedicated apostle of Mary indicated this: “Totus tuus” (I am all yours).

This is the key to his personal magnetism that drew enormous crowds everywhere, even in places where his political or doctrinal stands were unpopular.  Deeper than either secular or religious concerns was his personal integrity -- goodness and holiness, the qualities we prize most highly in others.  A person may be regarded as liberal or conservative, avant-garde or traditional, but let that person be decent, and that suffices.

John Paul II’s authentic humanity was the source of his appeal.  The most important lesson he offered is the coherence of his own life.   When he urged Christians, in the words of Jesus, “duc in altum” (set off into the deep), that resonated even with those who sought different shores.

Saint John Paul’s admirers and critics alike can say of him what Shakespeare’s Hamlet said of his father: “He was a man.  Take him for all in all, I shall not look upon his like again.”

Father Jacques Mourad, kidnapped by ISIS last May, managed to escape the terrorists with help of a Muslim friend, who acted out of gratitude for the humanitarian aid the priest had provided him and his family.

The monk told international Catholic charity Aid to the Church in Need (ACN) that he had been able to provide such aid thanks to ACN and other relief organizations.

Speaking out after nearly six months of captivity, Fatjer Mourad said that with the help of the friend he escaped the ISIS-held city, Qaratayn on the back of a motorbike—disguised as an Islamist fighter.

The friend—who has links to ISIS—told the priest that he had been impressed by the priest’s humanitarian relief work in Qaratayn, which included the provision of food, shelter and medicine to both Muslims and Christians affected and displaced by the Syrian civil war.

Father Mourad said: “What ACN has done to help us has played a great role in setting me free.”

Father Mourad, whose outreach to Muslims led him to be known as ‘Sheikh Jacques,’ said that when Qaratayn’s water supplies were cut off he helped build a reservoir with the help of ACN.

He said he was convinced that this help had caused ISIS to show leniency toward 150 Christians held hostage in Qaratayn.

Father Mourad—who was prior of the Monastery of Mar Elian in the Syrian town of Al Qaryatayn, about 60 miles southeast of Homs—described how pressure from Muslims in Qaratayn had prompted his return to the city, where he was put under house arrest following 84 days in a prison at ISIS headquarters in Raqqa, in northern Syria.

He said: “One day, one of the ISIS leaders came to me and said: ‘Everybody in Qaratayn has been talking about you, asking for you.’ So he told me to come with him.”

“I was led away—still blindfolded and with hands tied—and I was taken into what seemed like a huge tunnel.”

“They removed my blindfold and I could see my parishioners, gathered in the shelter that ACN had built. It was amazing.”

Recalling his time in prison, Father Mourad said that every day in prison the Islamists threatened to kill him. He added: “I was waiting for the moment when they would come and slit my throat.”

The priest said he was convinced his efforts to remain calm and at peace helped save his life.

He said that his prayer was: “Father, I abandon myself into Your hands; do with me what You will.”

With picture of Father Mourad after his release (© ACN) 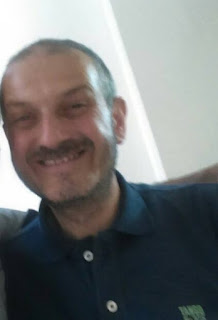