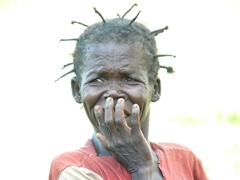 ATTACKS by extremists on Christian villages in the Central African Republic have left at least 15 dead and approximately 1,000 people homeless.
The raids were carried out by Islamist militia group, Séléka, which seized control of the country following a coup in March 2013.
At least 14 villages in Bouar Diocese were completely abandoned after residents fled, Italian Carmelite missionary, Fr. Aurelio Gazzera, told Aid to the Church in Need.
More than 970 refugees arrived at Fr. Gazzera’s mission in Bozoum last weekend (3rd – 4th August).
The priest visited the mainly Christian villages where the attacks took place, on the road between Bozoum and Bossangoa, on Wednesday (7th August).
He told ACN: “It was terrible. Many villages are like ghost towns because they are completely empty.
“Witnesses told me that the rebels had thrown the bodies of those killed in the river.” The dead included a five-month-old baby.
Witnesses gave the number of dead as at least 15 – but according to Fr Gazzera it has to be assumed that “several dozen” have been killed.
The priest said that predominantly Muslim villages “are not affected by such attacks, or only slightly”.
In a sermon at his Cathedral of Notre Dame in Bangui, Archbishop Dieudonné Nzapalainga spoke out against the ongoing attacks by Séléka.
Preaching on Sunday 21st July, he said: “I can’t remain silent while the sons of this country are the victims of the worst kind of barbarism.
“I can’t remain silent while Central Africans are being tortured and killed, squashed like flies.
“I can’t remain silent while our mothers and sisters are being raped.
“I can’t remain silent while the dignity of the Central African is being trampled underfoot, while innocent people are being robbed, while the just and well-earned fruit of our country is being destroyed and looted as though we were in a house of cards.
“I can’t remain silent when impunity reigns and a dictatorship of arms is being set up.”
Séléka, which means “alliance” in the local Sango tongue, was formed by the merger of six Islamist rebel groups from Sudan, Chad, Darfur and the Central African Republic.
The rebels stormed the presidential palace in the capital, Bangui, on 24th March 2013, forcing President François Bozizé to flee to Cameroon.
A number of members of the political opposition entered into a governing agreement with Séléka and the militia leader Michel Djotodia was proclaimed the new president.
On Monday 12th August prayers for peace will be held by members of the Catholic, Muslim and Protestant communities in Bouar.

Edith on the Way of Perfection

I wanted to share with you the following notes from the translator of Edith Stein's autobiography.

Edith Stein, Sister Teresa Benedicta of the Cross, has a singularly interesting qualification for joining the four best known Discalced Carmelites:  Teresa of Jesus, John of the Cross, Therese of the Child Jesus, and Elizabeth of the Trinity.  Each of the five, as a child, lost one parent; in each of the five families, the surviving parent was both loving and influential.

Teresa de Ahumada was thirteen-years old and Therese Martin was four when they lost the loving care of a mother; for both of them, the experience of a father's solicitous care, and a surrogate mothering by an older sister offset the suffering that usually attends a mother's early death.

Juan de Yepes was an infant when his father died; Captain Catez, father of Elizabeth, died when she was about seven; Edith, a toddler not quite two years old, called her father back for an affectionate farewell embrace the day he succumbed to a heat stroke.

...did their childhood experience make these five more attentive to a call from God?...Was there a quality to the relationship with the living parent that predisposed these women, and the young man, for Carmel?

Source:  Edith Stein: Life in a Jewish Family 1891-1916, An Autobiography, Translation by Josephine Koeppel, O.C.D.
Posted by EC Gefroh Posted 11:31 AM No comments:

ACN News - Bishop of Maiduguri in Northern Nigeria: “Boko Haram is a product of corruption” 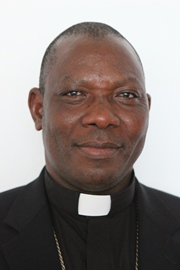 ACN, Königstein – 8.1.2013. In spite of the permanent threat of acts of terrorism by the Islamist terrorist group Boko Haram, the faithful in the Northern Nigerian Diocese of Maiduguri “are very brave and have no fear,” the Bishop of Maiduguri, Oliver Dashe Doeme, declared to the international Catholic pastoral charity Aid to the Church in Need (ACN). Although his diocese is severely affected by the attacks on Christians, he said, the faithful nevertheless “very courageously give open witness to their faith.” Even shortly after terror attacks on churches, the people still came “in great numbers” to attend the religious services.

The loyalty of his priests is also “a great encouragement” to him, the Bishop said. “Despite constant mortal danger and threats, our priests stay in their parishes and continue to perform their service,” he explained. The number of people taking up the vocation is also gratifying. In the seminary of Maiduguri there are currently 30 seminarians. Just recently, eight priests were ordained in his diocese.

The Bishop described Boko Haram as “a product of corruption.”  In order to achieve peace it was therefore necessary to combat the corruption that is prevalent in the country and to provide perspectives for the youth. Certain groups, in his view, can manipulate those young people who lack a perspective, whereas young people with a place in society are not so easy to misuse for the ends of others. “If I told someone to ‘go and kill,’ those young people who have a place in society would not do it,” the Bishop said. He pointed out that Nigeria is a country rich in resources, yet the corruption as well as the one-sided concentration of the economy on oil extraction while other sectors of the economy, especially agriculture, are not fostered, represent serious disadvantages for the West African country. There is great need for action here.

Major challenges for the Church in Northern Nigeria, according to Bishop Doeme, lie in the rebuilding of churches and ecclesiastical buildings after terror attacks as well as in the pastoral care of widows and orphans.