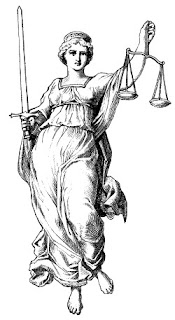 I am sharing Father's latest post with you here. It gets tiring when individuals ask  "Well, how do you know he's innocent?"  when referring to priests like Father Gordon.  It is only after these individuals read Father's story  and those he shares about other innocent priests that they start to believe that maybe there is more to the story than has been reported in the press.  Maybe, not all priests are guilty as charged. Well, it is progress, I guess.

The mainstream media and special interest groups like Voice of the Faithful may continue to ignore the truth about the "Priest sex scandal". But here at this blog, I will do what I can to get the word out about falsely accused and imprisoned priests like Father Gordon.

The Church is also complicit in these matters. I just watched (up close and personal) a priest get thrown under the bus by our bishop.

They don't want to defend these priests when they are unfairly accused. They just want them to go quietly away.

The problem is, these priests are "guilty until proven innocent." I thought that kind of thing was unconstitutional.

Did you see the news last week that a man in Texas was just exonerated after wrongly serving 31 years in prison for a sex crime he had nothing to do with? How does any man recover from such a miscarriage of justice? There have been hundreds of men wrongly imprisoned for sex crimes, and now the latest studies say that they are actually in the thousands. Questions like "But how does anyone know he's innocent?" contribute to this abomination of justice. In the case of the priest writing for These Stone Walls, it seems that no one involved has found any evidence at all that he might be guilty. The sole evidence is claims made by adult men who stand to gain a lot of money from making such claims. This is justice turned on its head, and you are just and merciful, not to mention courageous, for calling attention to it.

Thank you Dorothy, Adrienne and Barb. Your comments have been forwarded to Father Gordon.