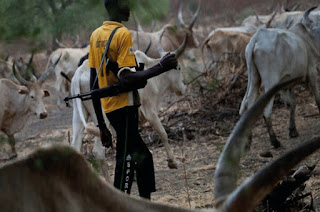 SYSTEMATIC VIOLENCE against Nigerian Christians perpetrated by Fulani herdsmen constitutes genocide, according to a leading Catholic bishop, who also stressed that Muslims are also subject to the violence.

In the wake of the execution of five aid workers by Islamic State West African Province (ISWAP), Bishop Matthew Hassan Kukah of Sokoto told Aid to the Church in Need (ACN) he believed the recent violence was genocidal in nature.

When asked whether he agreed that that Fulani killings of Christians can be categorized as genocide according to international law, he said: “I believe so.”

He added that Muslims were also victims of the violence: “These killings are not to be narrowed down to Christians because they have been far worse in the predominantly Muslim north, in such states as Katsina, Sokoto, and Zamfara.”

ISWAP recently released a video of the five aid workers being executed, three of whom were reportedly Christian, as a warning to “all those being used by infidels to convert Muslims to Christianity.”

Bishop Kukah said “there is no dispute at all” that Nigeria is a largely failed state. He added: “It has been an old secret. It has failed its people, but the oil companies are still making a killing on the carcass.” He also said “the evidence is there for all to see” that Nigeria is an epicenter of terrorism in the region.

Bishop Kukah suggested the government is complicit in the violence. He said: “There are multiple levels of funding and, with time, terrorism has been able to fund itself by criminality, violence, kidnappings and it is feared that government may be funding these groups inadvertently, largely because they have penetrated the security agencies.

“Governments have also paid huge sums of money for ransom and also ostensibly to placate the terrorists, rescue kidnapped citizens, and so on.”

He added: “The inefficiency of the military has made the terrorists bolder and there are also issues of the complicity of the various levels of the military.”

Bishop Kukah criticized Western powers that have not done more to help Nigeria. He said: “We hear promises from the United States and Europe and they all come to nothing.”

Bishop Kukah’s remarks echoed the findings of the UK All Party Parliamentary Group for International Freedom of Religion or Belief’s report entitled “Nigeria – Unfolding Genocide?” It was released in June.

With picture of Fulani herdsman (Secretariat of Nigeria, Directorate of Social Communications) 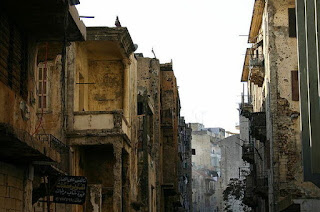 THOUSANDS of young Christian volunteers are on the ground in Beirut delivering emergency help, as Lebanon reels from the explosion that ripped through the heart of the capital.

With schools, convents and parishes opening up as refuge centers following the Aug. 4 blast, Msgr. Toufic Bou-Hadir, director of the Maronite Patriarchal Commission for Youth, described how teams of young people were clearing the debris and delivering urgent aid, with medicine, clothes, blankets and food in huge demand.

The priest highlighted the young people’s “amazing” response to what he called “an apocalypse” in which 300,000 families have been displaced. He made his comments in an interview with Aid to the Church in Need (ACN), which is providing food for 5,000 families affected by the explosion.

Msgr. Bou-Hadir, an ACN project partner, highlighted the ordeal of people desperately searching for news of missing loved ones and the trauma of trying to identify the dead from badly disfigured bodies being placed in a makeshift mortuary.

Amid reports that Beirut’s mainly Christian district of Achrafieh was affected worst by the blast, the priest described how the body of one of the Maronite young people, named Joe, aged 25, was discovered deep in the rubble. He was holding a cross.

Msgr. Bou-Hadir said that the Catholic youth had always resisted calls to leave the country, saying that he had—as Joe put it—to stay in order to “water the cedar,” the national symbol of Lebanon. The priest added: “Now, Joe has watered the cedar with his blood.”

Both Msgr. Bou-Hadir and fellow Beirut ACN project partner Sister Hanan Youssef stressed the toll of the explosion on the people, saying they were totally dependent on international aid as Lebanon’s economic crisis had rendered the country helpless.

Sister Hanan told ACN: “I survived 15 years of civil war and yet I could not imagine such a horrible thing happening to our people.” She added: “More than ever, the people are in need of help. We are so grateful for the prayers and support of our dear friends at ACN.”

Acknowledging the generous response of donors to the ACN Lebanon Emergency Appeal, Edward Clancy, director of outreach at ACNUSA, said: “I would like to thank those who are standing in solidarity with all who are suffering in Beirut at this tragic and painful time.”

“The support of ACN donors across the region and around the world is absolutely vital to sustain the Christian presence in the Middle East amidst the sufferings of conflict, violence, upheavals and tragedy.”

With picture of Beirut (Bertel-Videt_Creative Commons)