Looking For Mass And Adoration During Virus Outbreak? EWTN Is There For You 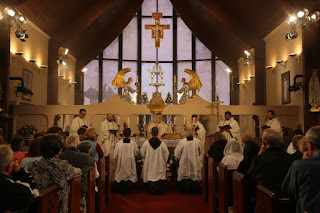 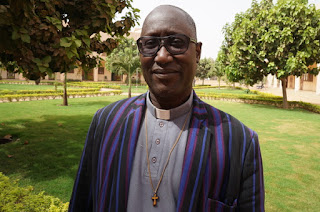 MORE AND MORE, Christians in Burkina Faso are becoming victims of Islamist persecution. In a gesture of solidarity, a small delegation from Aid to the Church in Need (ACN) visited the West African country at the beginning of Lent. ACN spoke with Father Pierre Claver Belemsigri, the secretary general of the episcopal conference of Burkina and Niger.

Burkina Faso has always been proud of the harmonious coexistence of Christians and Muslims. Nonetheless, many people are complaining that the Islam of today now has little in common with the Islam of their childhood. Do you agree?
We have been seeing changes for around 20 or 30 years now. This is due to the fact that for some years now certain Islamic ideologies originating on the Arabian Peninsula have been imported here. Young people are going there to work or study and returning with a particular vision of Islam that potentially has repercussions for our society and the coexistence between the different religions.

How is change evident?
In the past, it was always the custom for those of both communities to gather together for all each other’s major events, both the happy and the sad ones. For example, Christians would congratulate the Muslim members among their relatives on their religious feasts, and vice versa.

To clarify, it should be noted that there frequently are members of different faiths within a single family. Nonetheless, or perhaps precisely because of this, we have always celebrated these feasts together. Among the older generation this is still the case to this day. But among some of the younger people it is already by no means so self-evident as it once was, on account of the influence of certain radical Islamic tendencies.

Some say the jihadists are simply using Islam as a weapon and that they are in fact motivated by something other than religion. What do you think about this?

There are those terrorists—whether from Burkina or from outside—who with guns in their hand really want to force the whole of Africa to become Islamic. They want to introduce sharia law to Burkina Faso.

But there are also others who are using Islam as a pretext to advance their financial or criminal interests. It is enough to know that they are killing Muslims too. Often the violence in our country is also linked to ancient ethnic rivalries or land disputes. In such cases Islam is no more than a pretext to enable people to advance their material and economic interests by means of violence.

Dozens of Christians have been killed in the last few years. Who exactly is attacking them? Are they jihadists or simply criminals?
Often, we don’t even know who it is who is attacking us. We don’t know our enemy. In most cases, no one claims responsibility for the attacks.

Is the faith growing in your country? Already a quarter of the population belongs to the Catholic Church.

The faith is growing. And not simply on account of demographic growth, but also because of genuine conversions to Christianity.

Does this not have consequences for them? After all, in many Muslim countries conversion is punishable by death.
Not to my knowledge, not here. In some circles there may be threats and social sanctions. But that depends greatly on the particular social environment. I have personally witnessed the baptism of an entire Muslim family. The daughter, who had attended a Catholic school run by nuns, was the first to convert, but then she brought her entire family to the faith.

Besides, the recent terrorist attacks against Christians have actually strengthened the faith of the people. Despite the danger, the people are proud to be Catholics.

Nevertheless, this terrorism represents a very great challenge for the Church. How is she responding to it?
We are thinking hard about the best way to respond to this challenge. We are planning to organize a large forum this year, devoted to questions around pastoral care and security. It will be an opportunity to reflect on what it means to be a Christian and how to live our life in the new context of insecurity and attacks on places of worship. It will undoubtedly be necessary to find new ways of expressing our Catholic faith. All these questions will no doubt be addressed at the forum.

Faced by this terrorism, what are you hoping for your country?

The Lord is in control, Christ is alive. Our country has been witness to this on many occasions in its recent history. I hope that the same thing will happen now, in the face of this terrorism. There needs to be a national awakening and a popular resistance. Weapons alone are not enough.

Sadly, the rest of the world doesn’t seem to have understood that our country runs the risk of disappearing if we do not all unite against the terrorists, in prayer, unity and solidarity. These are the challenges we must face in order to put an end to terrorism.

With picture of Father Belemsigri (© ACN)