ACN News -Nigeria – ‘Darkness has thrived, but it has never won’ 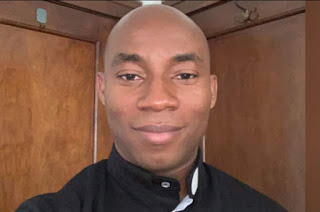 HE ISLAMIC STATE West Africa Province (ISWAP) on Dec. 26, 2019 released a video of its fighters beheading 10 blindfolded Christian hostages and shooting an eleventh on Christmas Day. The victims’ names have not been released, but an earlier ISWAP video revealed that they’d been taken from the Nigerian states of Borno and Yobe. The terror perpetrated by ISWAP and Boko Haram has deeply scarred Nigerians, particularly the country’s Christians, who suffered a further shock from news of the Dec. 26 beheading of a bridal party of seven of in Gwoza, Borno State.

“We must never accept violence. It is not a part of our culture. Traditional Nigerians are known to have discussions; our forefathers taught us that an eye for an eye and a tooth for a tooth leaves everyone blind and toothless. There will always be better and more productive ways to express our grievances.

“But many people feel otherwise. They would benefit from a stronger relationship with God, which leads to more positive relationships with other human beings; it’s how the human being becomes sacred in our eyes.

“The truth is that Christians cannot leave their homelands. Where would we emigrate to? And for how long? We are aliens everywhere we go. We must learn tolerance and fortitude; we must persist and live freely.

“The Scriptures predicted hard times for us, but hard times don’t last. Tough people do. Life is filled with ups and downs, which are often the results of human selfishness. And there will always be a Judas among the disciples. There will always be a child who strays, who goes left, when everyone else goes right. And when they do, they see that it rarely works out.

“It’s when things fluctuate that we find opportunities for growth. And in order to achieve that growth, we must accept instability, imperfection, and uncertainty. Life is a mystery and requires our ongoing formation. There is light at the end of the tunnel, but we must walk through that tunnel before we reach it, or even see it.

“The early apostles faced persecution, too. But Christ has never abandoned His Church. Without Him, all of us would be gone. Darkness has thrived, but it has never won.”

With picture of Father Panachy (© ACN) 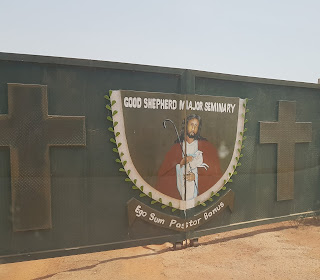 Armed intruders broke their way into a seminary in Nigeria and abducted four seminarians. The incident happened on Jan. 8, 2020, at the Major Seminary of the Good Shepherd in the city of Kaduna in Nigeria’s Middle Belt region.

The kidnapped seminarians are Pius Kanwai (19), Peter Umenukor, (23), Stephen Amos (23) and Michael Nnadi (18). They come from various Catholic dioceses of northern Nigeria and had only recently begun to study for the priesthood. At this writing (Jan. 13), there has as yet been no news of them since their abduction and no information as to their whereabouts. And so far nothing is known of the identity or background of their abductors. There has been no indication that the kidnapping had a religion-based motivation; nor has there been news of a ransom demand.

The security situation across the Middle Belt region is extremely precarious, owing to the numerous attacks on mainly Christian villages by mainly Muslim Fulani herdsmen. Thousands have been killed and many thousands saw their homes destroyed. Meanwhile, in the northeast of Nigeria, Boko Haram and Islamic State of West Africa are continuing their terror campaigns.

Thomas Heine-Geldern, the executive president of Aid to the Church in Need International, commented: “The security situation in Nigeria is appalling. Criminal gangs are further exploiting the chaotic situation and making matters still worse.”

He said that the Nigerian government must take urgent action to protect the lives and property of its citizens—otherwise Nigeria would run the risk of becoming a “failed state.”

Said Heine-Geldern: “The murders and abductions remind me of the situation in Iraq before the invasion of ISIS. Already at that stage, Christians were being abducted, robbed and murdered because there was no protection by the state.”

“This must not be allowed to happen to the Christians of Nigeria. The government must act now, before it is too late.”

Speaking of the families of the abducted seminarians, Heine-Geldern said: “They must be going through a terrible time,” he said, adding: “For years now Nigeria’s Christians have been going through hell, but their faith remains unshaken.”

He called for prayers for the safe return of the seminarians.

With picture of Gate of Good Shepherd Major Seminary (© ACN)

Posted by EC Gefroh Posted 10:18 AM No comments: