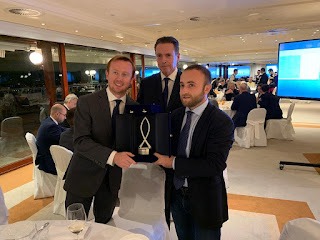 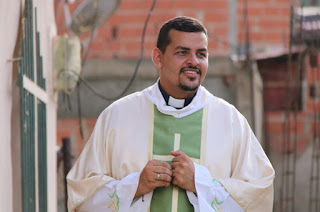 THE CRISIS IN VENEZUELA has many faces. Among them are the faces of a small part of the population that is hardly ever mentioned in the news: priests. The Venezuelan Church, just like the rest of society, is suffering—and priests share the deprivations of the population, a shortage of food, medicine, etc.

“I teach at a school and have taken over the pastoral care at a hospital so that I at least have the bare necessities for survival. I also lecture at the seminary. This barely keeps me afloat,” said Father Ángel Colmenares.

He added: “In these critical times, temptation is everywhere. The worst temptation is to get used to these circumstances, to start believing that ‘times are bad, and so there is nothing I can do.’”

According to the United Nations, more than four million people have emigrated from Venezuela in the last few years. “We priests also feel tempted to leave the country. After all, clergy are needed elsewhere as well. When the family falls upon hard times, or parents or siblings can no longer earn a living, leaving becomes one way to help them,” said Father Colmenaras.

Last year, about ten priests had to leave the country to get medical treatment and at least four priests died because of a lack of basic medicines for cancer or diabetes. Robberies and violence are another problem: Father Irailuis García from Barquisimeto was killed in a July 2018 robbery.

Father Colmenaras ministry includes simply walks down the streets, paths and stairs of the city district of Ezequiel Zamora, a very poor section in Catia La Mar. As he walks the neighborhood, locals are very happy to see him.

He said: “Many cannot believe that anyone would come here to this conflict-ridden district. But I want to be close to all and bring them the Gospel with joy and without being stingy with my time and help.”

The priest has become a lifeline for the community, a father and a brother, and even a builder: He said: “We are tearing down the wall that was built around the church. This is supposed to be an outward sign that the Church wants to be close to the people. We had to repair the roof and set up several rooms for catechesis.”

“The families here have almost nothing, but they still help out with the work that needs doing in the church. I contribute the same amount from the Mass stipends that I receive. Little by little, we are getting things done. We want the best for Our Lord,” the priest explained, adding: “I encourage everyone to always be happy and prepared to spread the message throughout the entire neighborhood that the Lord is here, that there is a truth here.”

“The Lord wants us to be joyful and we have to show everyone our joy in the risen Lord, despite all the difficulties.”

“In addition to the economic crisis, society as a whole is going through a profound moral crisis. Theft, alcohol abuse and prostitution are on the rise. The people who want to survive do not have a problem with stooping to these things. This engenders distrust and uncertainty and makes it impossible to live side by side with one another,” Father Colmenares said.

Aid to the Church in Need (ACN) is an important source of support for the Venezuelan Church. Father Colmenares receives aid in the form of Mass stipends. ACN also gave him the money for a bed, a washing machine and a refrigerator to keep fresh the food that the diocese gives to the poor.