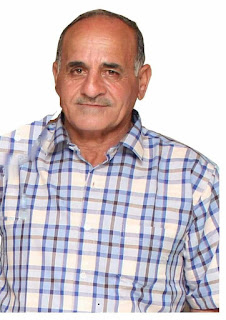 ADEEB NAKHLA, a Coptic Christian, was kidnapped by an ISIS affiliate group in Sinai, Egypt last January. Since then, there has been no news of his whereabouts or condition.

On January 17, 2019, around 9am, Nakhla, 55, was traveling from Ismailia to Al-Arish to visit relatives, when a militant Islamic group stopped the minibus he was riding in and checked the national identity cards of those on board. The cards state religious affiliation, and when the militants saw that Nakhla was a Christian, they asked him to get out of the vehicle. He was taken away.

Nakhla had fled Al-Arish two years ago, as did dozens of Christian families who moved to Ismailia after receiving death threats. A relative, who spoke to Aid to the Church in Need (ACN) on condition of anonymity, said that many Coptic Christians who chose to stay were slaughtered: “We left Al-Arish in 2017, after terrorists killed seven of our neighbors. Among the dead were a father and son; they burnt their bodies and their home, and the mother, Nabila, was forced to watch. She is severely traumatized.”

Last year, Nakhla’s family returned to Al-Arish, where family members work and own property; Nakhla stayed in Ismailia for his job. Nakhla’s relative said: “We had to return to our home and work. We were unemployed in Ismailia, and we lived on aid from the Church. Conditions in the city have improved thanks to the Egyptian army’s stepped-up campaign against terrorist groups, though it is still dangerous on the road.”

He continued: “Militants affiliated with ISIS have staged ambushes on the highways and launched attacks on civilians and security forces. The Muslim driver of the communal taxi Uncle Adeeb rode in said that militants clad in khaki stopped the vehicle. When they discovered that Uncle Adeeb was a Christian, they asked him to get out. Our biggest fear is that they may abuse, torture, and kill him, just as savagely as they have other Copts.”

Violence towards Coptic Christians in Egypt has increased since the fall of President Hosni Mubarak in 2011. Most attacks have occurred in northern Sinai, where, according to tradition, the Holy Family entered Egypt. In 2012, unknown assailants issued a handwritten statement demanding that all remaining Copts leave the border city of Rafah; since then, a number of local Copts have been kidnapped and killed by terrorist groups.

In 2018, ACN supported the pastoral work and social services ministries of the Catholic Coptic Church in Egypt with projects totaling more than $750,000.

With picture of Adeeb Nakhla (© ACN)

Posted by EC Gefroh Posted 10:22 AM No comments: