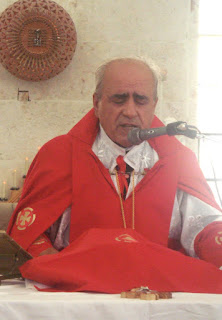 “FOR YEARS I have been saying that the Kurds are trying to eliminate the Christian presence in this part of Syria,” said Syriac-Catholic Archbishop Jacques Behnam Hindo of Al Hasakah-Nisibi, which is located in the north-eastern part of Syria.

The prelate reported on the closure of several Christian schools by the Democratic Federation of North Syria, a de facto autonomous region located in northern and north-eastern Syria.

The region is not officially recognized by the Syrian government and is governed by a coalition in which the “Democratic Union,” a Kurdish political party, holds the majority.

The archbishop said: “Since the beginning of the year, the local government has already taken possession of about 100 state-run schools and introduced their own curriculum and textbooks.”

“The Kurdish officials had assured us that they would not even look at the private schools, but they not only looked at them, they closed them.”

The official reason given for the closure of several Christian schools in the cities of Qamishli, Al-Darbasiyah and Al-Malikiyah was that these institutions had refused to conform to the curriculum introduced by the local authorities.

“They do not want us to instruct pupils in the liturgical language, Syriac, and they do not want us to teach history because they prefer to drum their own history into the heads of pupils,” charged Archbishop Hindo, who expressed concern about the likely closure of further Christian schools. There are six more in Al Hasakah alone.

The prelate also noted the impact that the Kurdish curriculum, which differs from the official Syrian curriculum, might have on students. He said: “I told a Kurdish official that this was penalizing an entire generation, because they will not have any access to higher levels of education.”

“He answered me that they were even prepared to sacrifice six or seven generations to disseminate their ideology.”

What has happened is evidence of the planned “Kurdification” of the region, the archbishop continued, which, he added, also includes the elimination of the local Christian presence.

He said: “We have been warning against this danger since at least 2015. They want to oust us Christians to strengthen their own presence. To date, Kurds make up only 20 percent of the population, but, thanks to Western support, are disproportionately represented in the local government.”

Archbishop Hindo called on the international community and particularly the European states, saying: “The closure of our schools is painful to us. The Church has been in charge of these institutions since 1932 and we never thought that they would ever be closed. The West cannot keep silent.”

“If you are truly Christian, you are obligated to bring everything that is happening out into the open and prevent further violations of our rights and further threats to our presence in this region.”

Posted by EC Gefroh Posted 11:40 AM No comments:

St. John of the Cross -Doctor of Detachment

Doctor of Detachment
Posted by EC Gefroh Posted 6:21 AM No comments: