ACN News -In Philippines, a third priest is killed in six months 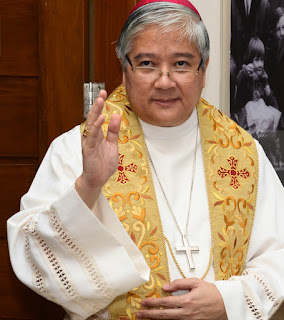 ather Nilo was killed just as he was about to say Mass. What do you know about the circumstances?
He came from celebrating Mass in another village chapel. He was preparing to put on his alb to celebrate another Mass when he was shot four times near the altar in front of the Virgin Mary Our Lady of the Snows. He was even joking as usual with his altar server.

There are rumors that "Iglesia ni Cristo" (INC) could be behind the murder. Would it be possible? What would that mean for the Christian community in the Philippines?

The matter is under investigation. Whatever the investigators may find, there is no reason to kill anyone. We debate, we discuss but we should never resort to murder to settle differences.

Where does the hatred of the Catholic clergy come from?

Father Richmond was an advocate of Kaya Natin (We Can), a movement that promotes ethical political engagement. He was also an active defender of the Catholic faith. With regard to a mission like this—focused on faith and morality—some people will express hatred. But this opposition is no reason to keep silent.

Foreign observers call the Philippines "one of the most dangerous places for human rights activists, environmental activists and investigative journalists.” What can the church do in this heated situation?

The Church will always stand up for peace and mercy. Revenge is not in keeping with our message. Our first tool for social change is prayer. Only God can soften hardened hearts. Our second tool is to keep preaching Christ. We teach and never get tired to repeat the same message. The third response is dialogue. We dialogue with those who hate us or with all those who do not share our belief. We seek the common ground.

The political situation in the Philippines is becoming increasingly tense. At the same time, there were Islamist attacks in the south of the country. Is the country in danger? Could it break up?

We believe in the power of God. We are not afraid to be killed. We should rather be afraid to kill. Living in dangerous times has been part of our mission in the world.

The Lord said: ‘Fear not. I have overcome the world.’ The Church can survive and thrive in any situation.