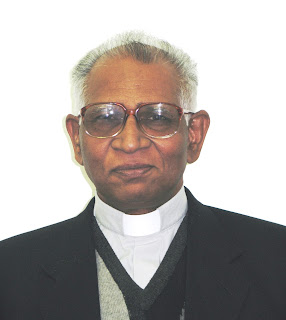 A PAKISTANI BISHOP has praised the country’s “truly heroic” security services, saying that had they not been so quick and decisive, the death toll in the Dec. 17, 2017 jihadist attack on a packed Methodist church in Quetta, Pakistan, could have run into the hundreds. Eight people were reported killed in the incident.

Describing how the police and army were on the scene “in less than five minutes,” Bishop Victor Gnanapragasam, who heads the Vicariate of Quetta, said the security services killed one of the two suicide bombers outside Bethel Memorial Church; they injured the other as he approached the main entrance, where he detonated his suicide vest.

Reporting that at least 45 people were injured, the bishop told us of the pain and grief of the Christian community, adding that a number of the 30 victims still in the hospital were in critical condition.

Noting that a reported nearly 400 worshippers were in church, the prelate said many lives had been saved by the security services, adding: “The police and the army frontier corps were truly heroic. They got to the church in less than five minutes. One of them was wounded as he tried to stop the suicide bombers.”

Bishop Gnanapragasam described visiting the wounded in hospital, including an 18-month-old boy who he said was covered in bandages from head to foot. He said that one man had a punctured lung and was unable to attend the funeral of his wife killed in the attack.

The bishop said: “The people are very frightened. We have had a lot of people crying. We have done our very best to console them.”

The bishop added: “I have been asking myself: ‘What do the attackers think they can achieve by killing innocent people?’”

He said a week ago a warning had been issued about a possible attack against Christians but that the likely targets were believed to be local Christian schools and other institutions rather than churches.

Describing a massive security build-up in the wake of the attack, the bishop said churches were being advised to celebrate Christmas liturgies, slated for midnight, earlier in the evening. He went on to say that police were calling on local Christians to keep an eye out for suspicious persons entering churches over Christmas as part of a security drive to keep extremists out.

Bishop Gnanapragasam called for prayers for the dead, the wounded and their loved ones. “We need your prayers, not just at Christmas time, but all year round because the risk is always there.”