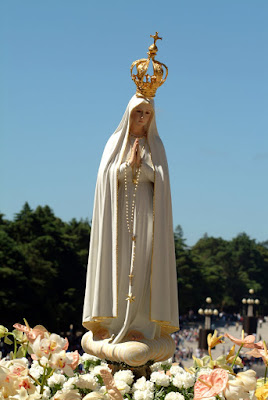 The retired bishop of Hong Kong, Cardinal Joseph Zen Ze-kiun, visiting the German Marian shrine at Kevelaer, spoke with international Catholic charity Aid to the Church in Need on the situation of the Church in China.

Over the last four decades, the People’s Republic of China has undergone enormous social change. The country has grown prodigiously to become an economic and technological world power. What role does communist ideology still play in this process today?

The leadership in China never really took communist ideology very seriously. Instead, Chinese communism is a form of unbridled imperialism. Rampant corruption, also within the party, attests to this.

Everything is about power. Absolute obedience to state leadership is the only thing that counts. And through the opening up of the economic sector and growing affluence, this is all just getting worse. Wealth fuels corruption to ever greater levels.

Political observers say that the human rights situation has actually deteriorated under the current president, Xi Jinping. Do you agree?

In the beginning, I had high hopes because the president took action against corruption in the government and society. But it very quickly became evident that he was also only interested in power. People who are fighting for human rights are suppressed, persecuted, humiliated and convicted in propaganda trials overseen by his government.

Can you tell us something about the current status of the negotiations between the Chinese leadership and the Holy See?

Unfortunately, little is known about these talks. There are still a lot of other problems. I expect that the talks will still take a long time. In my opinion, the state leadership will not accept any other outcome than the subjugation of the Church to the leadership of the Communist Party. Bishops of the underground Church, for example, were forced to attend political training courses during Holy Week and could therefore not celebrate the liturgy with believers.

Pope Benedict XVI spoke of reconciliation in his letter to the Catholics in China in 2007—for him, this largely meant spiritual reconciliation. But much still needs to be done!

That sounds very pessimistic. What do you expect will happen to Christianity in China?

Everything depends on whether we manage to live our faith authentically—without making a lot of compromises. There are Christians in China who bravely advocate for a better society. However, many of them are in prison!

Should communism fall one day, then the Catholics should be among the first to build up a new China. However, that only works if Catholics have not already squandered their credibility beforehand by making lazy compromises with the communist leadership.
This month of May marks the centenary of the appearances of Our Lady at Fatima. The messages of Our Lady there warned about the godless ideology of communism. Are Catholics in China aware of these messages?
Of course! All of us have heard of the messages of Fatima. Even the communists! They make them very anxious. The communists are actually afraid of Our Lady of Fatima!

The whole situation is becoming ludicrous: for example, the communists have nothing against you bringing pictures of Maria Immaculata or depictions of the miraculous image featuring “Mary, Help of Christians” into China from abroad. Pictures of “Our Lady of Fatima,” on the other hand, are not allowed. Authorities consider the events in Fatima to be “anti-communist.” That is of course nothing but the truth!

The veneration of Mary under the title “Help of Christians” also holds special meaning for China: on its feast day, May 24, the Catholic Church holds a worldwide prayer day for the Church in China. Pope Benedict XVI introduced this day in 2007. What is the significance of this day of prayer?

The veneration of Our Lady under the title “Help of Christians” is deeply rooted all over China and has been so for a long time. This title not only refers to help for individual believers, but also to help for the Church as a whole.

The chief danger in China today is materialistic atheism. Unfortunately, this day of prayer—which is valid for the Catholic Church all over the world—is far too little known. It is not taken seriously enough.

With picture of Our Lady of Fatima (© ACN)