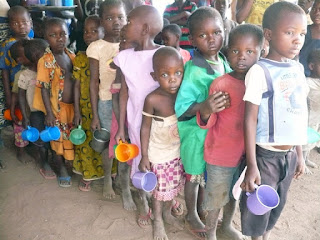 In South Sudan, survival is daily struggle for ordinary citizens

South Sudan, located in the heart of Africa, is the youngest nation in the world; it gained independence from Sudan in July 2011. Two years later, a civil war broke out, pitting the ruling Sudan People's Liberation Army (SPLA) against the opposition; the conflict has since become a brutal tribal war.

The UN estimates that there are 1.7 million Internally Displaced People (IDPs) in the country, 75 percent of whom are struggling to survive in the three states hardest-hit by conflict, Unity, Upper Nile and Jonglei.

Aid to the Church in Need (ACN), an international Catholic charity, recently spoke with a pastoral worker in South Sudan who asked to remain anonymous.

What role does tribal culture play in the conflict?

There is the mentality that holds that the tribe is the most important social unit, and that individual lives have to serve the tribes, as directed by councils of elders, even today.

Many tribes coexist in South Sudan, fighting for cows as symbols of power and wealth. Conflict has never been rooted in hate or genocide; the pursuit of wealth was the cause of any fighting.

In short, the people of South Sudan lack a sense of national identity. Their allegiance to their tribe comes first—and that often leads to conflict.

What is happening today, however, is that the leaders of different tribes fight, not for cows, but for political power and money (e.g. oil, timber, minerals). These elites care more for their own advantage than for the well-being of the people, many of whom are starving; inflation in the country has hit 800 percent!

Perhaps the worst aspect of the conflict is that tribal leaders present their struggle for political and economic power as an ethnic conflict—which it is definitely not.

What is the impact of the conflict on ordinary citizens?

They have to leave their lands when conflict erupts; they lose all their possessions—cattle, homes, land. They become IDPs or they flee the country to become refugees. In either case, they are forced to live in camps where there is lack of food and water; where there are no schools—where, in short, there is no future.

Most of the families have lost loved ones in the fighting; some have been recruited by force, even children; women suffer rape and violence, and then are stigmatized because of being violated.

There is a grave shortage of medical care, in particular, and there are growing number of deaths among the elderly, women and children. International aid falls far short.

What is the work you are doing in the country?

We work with the local Catholic Church—training teachers, nurses, midwives, and agricultural workers. We are also training pastoral agents, to prepare them for the work of evangelization, as well as peace-building and reconciliation efforts.

We also operate student centers. Students come from different tribes and they live and study together, peacefully—building a mentality of unity among themselves as a bulwark against ethnic hatred.

The result is a living witness that unity and fraternity are possible in South Sudan.

Since its independence, ACN has supported projects in South Sudan for more than $4.2M. The help went to pastoral aid, Mass stipends, the building of Church infrastructure, as well as humanitarian supplies.