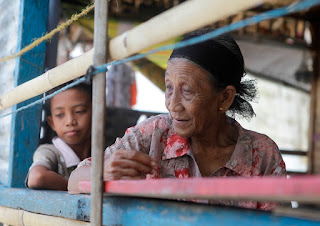 The Philippines is the only country in Asia where Christians—in this case Catholics—form the overwhelming majority of the country. More than one-third of the population of some 100 million is under age 15; another 10 million Filipinos are living abroad.

Reinhard Backes, who oversees projects in the country for international Catholic charity Aid to the Church in Need (ACN), just returned from a fact-finding mission to the Philippines.

What is the main focus of the Church in the Philippines?

The Church is concerned about both the general and religious education of the faithful. The people are deeply religious, but poorly educated. To give one example, I attended a wedding on the island of Luzon. Ten couples were married at the same time, and all of them brought their children with them. There were quite a few of them.

It was explained to me that many couples live together before marriage and only marry later, partly because they do not have the money—but also owing to a lack of understanding of the faith.

What impressed you most on this trip?

The work of the Silsilah dialogue movement on Mindanao, where the fighting over the past four decades between government forces and the Moro National Liberation Front (MNFL) has cost the lives of around 120,000 people. ACN has long been supporting this initiative by Father Sebastiano D’Ambra, and Italian priest from Sicily, and Minda Sano, a Filipina woman who herself comes from Mindanao.

“Silsilah“ is Arabic for chain, link or connection; the movement has been working for 40 years to promote dialogue between the various religious and ethnic groups, to educate teachers, strive for social justice, help refugees and establish schools, among other vital initiatives.

Roughly 60 percent  of the population of Mindanao is Christians, with Muslims accounting for the other 40 percent. However, on other islands, Muslims are in the majority, for example on Basilan.

In some of those areas the extremist group “Abu Sayyaf“ (or Sword Fighters)  is active, launching attacks and abducting people for ransom money. In the past there have been repeated assassinations of priests, religious and ordinary faithful.

However, the Silsilah movement has never allowed itself to be intimidated by the violence. Again and again its representatives encourage Muslims and Christians to come together and talk, building up trust and caring for the suffering victims on both sides.

What are the local Church’s biggest needs at present?

An estimated 10,000 people died as the result of typhoon Yolanda on the island of Leyte in 2013. There was widespread devastation; many churches were destroyed, as well as the seminary in the Archdiocese of Palo. This was a one-story building not far from the coast, which was totally devastated.

ACN has already helped the archdiocese to rebuild 10 churches. Now Archbishop John Forrosuelo Du has asked us to help for the rebuilding of the seminary as well. The work has already begun in fact, and the first seminarians are already living in the half finished complex. They are now building a massive multi-story building that will hopefully be able to withstand future natural disasters.

​
With picture of life in the Philippines (© ACN)