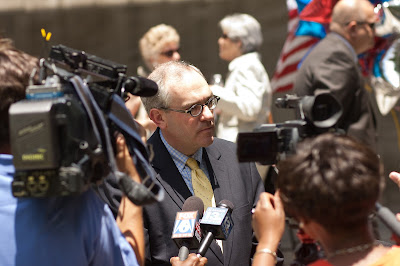 Irondale, AL (EWTN) – EWTN Global Catholic Network, today filed an Amicus Curiae or “friend of the court” brief with the United States Supreme Court asking the Court to strike down the Obamacare mandate requiring employer-sponsored health plans to provide coverage for contraception, sterilization and abortion-inducing drugs.  EWTN filed the brief in support of the cases of the Little Sisters of the Poor and other religious plaintiffs which are currently pending before the U.S. Supreme Court.

“Our brief argues that the government’s mandate and its subsequent ‘accommodation’ scheme seek to coerce EWTN and other religious organizations into violating our strongly held beliefs.  The Supreme Court needs to find the mandate to be unconstitutional,” said Warsaw.
On Feb. 9, 2012, EWTN was the first organization to file a lawsuit challenging the mandate after the original rules were promulgated by the government. That lawsuit was dismissed on technical grounds by U.S. District Court Judge Sharon Lovelace Blackburn on March 25, 2013.

EWTN filed a new lawsuit in Federal Court on Oct. 28, 2013. The State of Alabama through its Attorney General Luther Strange joined EWTN as a plaintiff in that suit.  Judge Callie V. Granade ruled against EWTN on June 17, 2014. EWTN immediately sought, and the 11th U.S. Circuit Court of Appeals granted, an injunction hours after the U.S. Supreme Court decision in the Hobby Lobby case. The injunction allowed EWTN to continue its court challenge of the mandate without incurring fines of $35,000 per day.

EWTN subsequently filed an appeal with the 11th U.S. Circuit Court of Appeals, which heard oral arguments on Feb. 4, 2015. That appeal is still pending.

On Nov. 6, 2015, the U.S. Supreme Court agreed to hear a number of cases challenging the mandate brought by plaintiffs including the Little Sisters of the Poor and Bishop David A. Zubik of Pittsburgh. It is expected that the Court will release a decision in those cases near the end of its current term in June.

The EWTN brief explains that while the government “did offer an exemption for churches, their auxiliaries, and religious orders, [...] this exemption did not help EWTN: while EWTN is dedicated to proclaiming Catholic teaching, it is not an arm of the Catholic Church, and while EWTN was founded by the head of a cloistered order of nuns, it is not a religious order.”

The brief further notes that the government seeks to coerce EWTN into “complicity with wrongdoing.  Giving in would not only violate EWTN’s conscience, but would destroy EWTN’s credibility as a witness to the Catholic faith it proclaims every day to a worldwide audience.”

EWTN Global Catholic Network, in its 35th year, is the largest religious media network in the world. EWTN’s 11 networks broadcast in multiple languages 24 hours a day, seven days a week to over 258 million television households in more than 145 countries and territories. Platforms include direct broadcast satellite television and radio services; radio services transmitted through SIRIUS/XM, iHeart Radio, and almost 500 domestic and international AM & FM radio affiliates; a worldwide shortwave radio station; the largest Catholic website in the U.S.; electronic and print news services, including “The National Catholic Register” newspaper, and two global wire services; as well as a publishing arm.