THE VOCATION OF CHRISTIANS IN AMERICAN PUBLIC LIFE 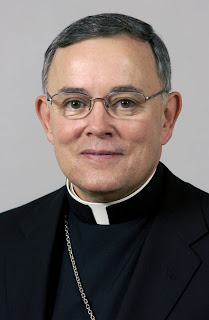 Talk given by the archbishop of Denver on the evening of March 1, 2010, at the Baptist University of Houston:


One of the ironies in my talk tonight is this. I'm a Catholic bishop, speaking at a Baptist university in America's Protestant heartland. But I've been welcomed with more warmth and friendship than I might find at a number of Catholic venues. This is a fact worth discussing. I'll come back to it at the end of my comments. [...]

I need to offer a few caveats before I turn to the substance of our discussion.

The first caveat is this: My thoughts tonight are purely my own. I don't speak for the Holy See, or the American Catholic bishops, or the Houston Catholic community. In the Catholic tradition, the local bishop is the chief preacher and teacher of the faith, and the shepherd of the local Church. Here in Houston you have an outstanding bishop – a man of great Christian faith and intellect – in Cardinal Daniel DiNardo. In all things Catholic tonight, I'm glad to defer to his leadership.

Here's my second caveat: I'm here as a Catholic Christian and an American citizen – in that order. Both of these identities are important. They don't need to conflict. They are not, however, the same thing. And they do not have the same weight. I love my country. I revere the genius of its founding documents and its public institutions. But no nation, not even the one I love, has a right to my allegiance, or my silence, in matters that belong to God or that undermine the dignity of the human persons He created.

My third caveat is this: Catholics and Protestants have different memories of American history. The historian Paul Johnson once wrote that America was “born Protestant” (1). That's clearly true. Whatever America is today or may become tomorrow, its origin was deeply shaped by a Protestant Christian spirit, and the fruit of that spirit has been, on the balance, a great blessing for humanity. But it's also true that, while Catholics have always thrived in the United States, they lived through two centuries of discrimination, religious bigotry and occasional violence. Protestants of course will remember things quite differently. They will remember Catholic persecution of dissenters in Europe, the entanglements of the Roman Church and state power, and papal suspicion of democracy and religious liberty...

Read the entire transcript of the archbishop's talk HERE

Thanks to my good friend Lois for sharing this article.
Posted by EC Gefroh Posted 9:33 AM