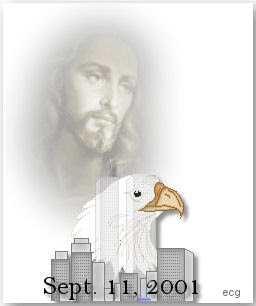 Click here - A Tribute to the Victims and Heroes of September 11th.

I am once again privileged and honored to participate in Project 2996 where participants pay tribute to a particular victim of the September 11th terrorist attack in our country.

This year I get to pay tribute to a family man, Mark H. Rosen of West Islip, NY. He died at the premature age of 45.

Mr. Rosen was a partner in the fixed income division of Sandler O'Neill & Partners. He was one of the many confirmed dead at or inside the World Trade Center.

I was able to find a little blurb about Mr. Rosen which I enjoyed reading. I would like to share it with you:

As a partner at Sandler O'Neil, Mark H. Rosen knew investment banking. As a father, he knew baton twirling.

His daughter Amanda, now 13, got the twirling but early, becoming a member of the PAL Sparklers, a club in Brentwood, New York, near the family's home in West Islip. For a couple of years, no family vacation was complete without a least a few days spent in some out-of-the-way place at a competition.

"He was quite happy to sit in a hot gymnasium in places like Grand Rapids or Dubuque, and watch his daughter twirl." his wife Patti recalled.

Twirling also aided Mr. Rosen 45 in fulfilling another familial obligation, playing Santa Claus at annual school breakfasts. Mrs. Rosen is Catholic, and the children- Amanda, Mathew 12, and Bryan 16- were raised in the Church. Mr. Rosen was Jewish, but that did not matter. "We talked him into it." Mrs. Rosen said.

He borrowed the red suit from the Sparklers, who also recruited him to play Santa in some local twirling shows. He would be surrounded by jumping girls with batons, constantly whizzing past his nose, but he never flinched, having removed his glasses for that authentic Claus look. "He couldn't see a thing without them." Mrs. Rosen Said.

Source: Portraits 9/11/01: the collected "Portraits of grief" from The New York times

Profile published in THE NEW YORK TIMES on December 22, 2001.

I cannot even begin to imagine losing my husband or our child losing his father. Mr. Rosen's family must surely still feel the devastating loss of their beloved husband and father.

I hope they are comforted by the thought that they will some day be all together for eternity.

With respect to Mr. Rosen's Jewish faith I offer the Kaddish for him:

Glorified and sanctified be God's great name throughout the world which He has created according to His will. May He establish His kingdom in your lifetime and during your days, and within the life of the entire House of Israel, speedily and soon; and say, Amen.

May His great name be blessed forever and to all eternity.

Blessed and praised, glorified and exalted, extolled and honored, adored and lauded be the name of the Holy One, blessed be He, beyond all the blessings and hymns, praises and consolations that are ever spoken in the world; and say, Amen.

May there be abundant peace from heaven, and life, for us
and for all Israel; and say, Amen.

He who creates peace in His celestial heights, may He create peace for us and for all Israel; and say, Amen.

Eternal rest grant unto them, O Lord,
and let perpetual light shine upon them.
May they rest in peace.

ONe of the best tributes I've read today. I love that you honored his life with the kaddish (sp) as well.

Why thank you so much Sarah.

That Kaddish was beautiful!

It really is a nice prayer.

Esther,
I know I'm a few days late, but like Sarah, I thought the tribute was lovely, and I also am touched you offered Kaddish for him.
Love,
Gail

Thank you so much Alicia and Gail.

With lots of aloha,
Esther

Thank you so much for remembering my husband Mark Rosen. I just found this posting-minutes after hearing of Osama Bin Laden's death. It is heartwarming to myself and our three children that he has not been forgotten.
Patti Rosen

Dear Patti:
My sincerest condolences to you and your entire family. Mr. Rosen seemed like a very wonderful man.
God bless,

Debbie, I appreciate you taking the time to comment. God bless.