The Message of Our Lady of Fatima 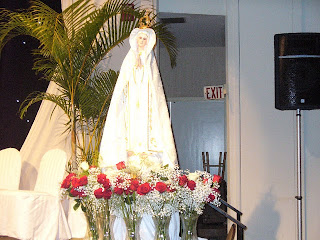 At the same Marian conference where Bishop Silva spoke of Our Lady of Guadalupe, two Polish priests who write for a Polish Catholic magazine Love One Another also gave talks. Love One Another has been translated into English and many other languages. Father Andrew said "Our Lady is the editor of Love One Another magazine."  This magazine is not only beautiful, but very informative.

Father Mieczysław Piotrowski TChr ("Fr. Mitch") and Fr. Andrew spoke of Our Lady of Fatima and the magazine, respectively. It made the heart feel joy because they spoke in the same endearing accent that our beloved Blessed John Paul II spoke when speaking English.

On Ali Agca's question to Pope John Paul when he visited him in Prison:

"How did you manage to escape with your life? I know that I aimed well. I know that the shots I fired were lethal, and yet they did not kill you. Why? What is this Fatima that everyone is talking about?"

"“It was a real miracle, and I know who to thank for it. One hand held the gun, another guided the bullet” – Pope John Paul II

The Assassination Attempt on the Holy Father

There are three parts to the secret of Fatima:

1. Vision of Hell - Hell is a consequence of man's rejection of God.
2. Avoiding hell.
3. Modern crisis of faith and morals and a call to conversion.

On Sin and Hell:

"Man's most serious obstacle to God is sin."

"The greatest tragedy is remaining in a state of sin. It is slavery."

The unrepentant souls; the demons hate and blame God and thus become a part of hell.

"However, no one is predestine to perish."

Sister Faustina was permitted to visit hell to warn about its existence.

"Most in hell are souls who did not believe in the existence of hell."

"Hell is not the result of an unjust punishment."

"We need to tell people the truth, hell exists."

"If hell is trivialized and treated as untrue, it will lead us to eternal damnation."

"Sin enslaves and destroys what is most important in a person's soul - the ability to love."

"Most souls end up in hell because of the sins of impurity". - Blessed Jacinta

Why Does Evil Seem so Attractive? 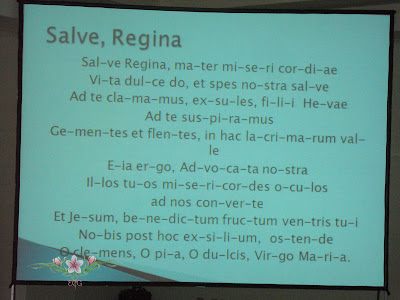 Father Mitch explained that mortal sins are egotistical, selfish and enslave us in sin.

Many more articles on the following subjects can be found here.
Posted by EC Gefroh Posted 12:47 AM