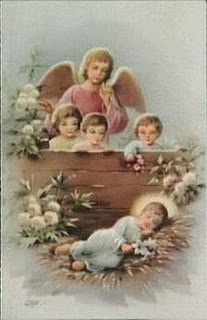 There is not much information we can learn from Jesus' childhood.  This is the thought I had yesterday when meditating on the fifth Joyful mystery. 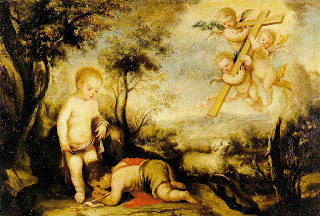 I could not really focus my meditation on the child Jesus being lost in the temple. Usually I focus my thoughts on Him unintentionally causing His parents much sorrow because He had to answer to a higher calling.  Instead, I found myself wondering the reasons God had for keeping Jesus' young life hidden from us. 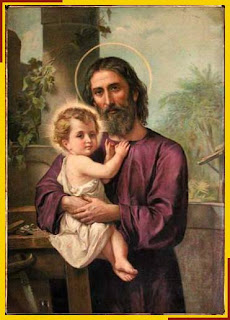 The more I pondered the reasons, the more it made sense that these years were intentionally not written about in the four books of the Gospel. It could very well be that God kept those memories exclusively for Mary, His most Blessed Mother.  What mother cannot relate on how some memories or events in our child's life are just too precious to share with just anyone? Even in a couple of scriptural passages we learn that "Mary kept all these things, reflecting on them in her heart." (Scripture Source) Just imagine what other treasured events or memories our Lady kept in her heart! 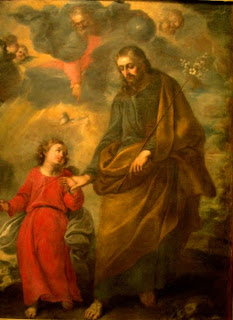 I thought about the beauty of the infant Jesus.  I think as children we were taught that He was the most beautiful baby in the world.  We also know that the angels heralded His birth and that only certain people, like the shepherds, the three wise men, Simeon, and Anna were privy to witness His humble arrival and to acknowledge Him as king and Messiah. What was the toddler Jesus like? Did little Jesus, in His eagerness to explore the big world around Him, get into mischief?  Did Mary have to experience the "terrible twos" of her curious yet divine Son?  I wondered if the Blessed Mother had to child-proof their home in order to prevent the toddler Jesus from accidentally injuring Himself.

I pictured our blessed Mother grabbing her beloved toddler in her arms and  smothering Him with lots of kisses because He was so cute and irresistible, just like in that well-known painting.  He was Her baby boy!

Was it during this time that He learned to call Mary His mother, Dieya, which is mom in Aramaic.  Or did He instead call her EE-Ma, the Hebrew term for Mom.  Both are used the Jewish people.  (Note:  I want to thank my friend Vicky for helping me with the translations.  She is Israeli and did a little research for me). 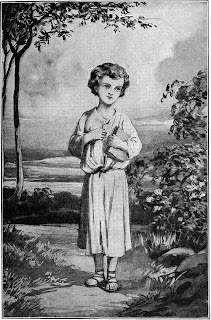 What was the five year old Jesus like?  Did He attend school with the Teachers in the temple at that age or even a little older?  Did Mary and Joseph teach Him at home?  How did she teach Jesus to pray?  Did St. Joseph lead the little family in prayer?  There are so many questions left unanswered yet we can only imagine how it was for the Holy Family during Jesus' childhood. 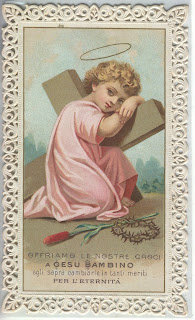 As an adult we can see by the Gospel stories that Jesus was masculine yet gentlemanly and compassionate.  Was it St. Joseph's influence on Him as a child, that helped to develop Jesus as adult or was it solely His Father's influence? 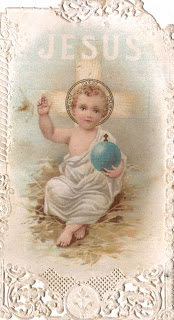 The more I pondered, the more I realized this is all so personal...so private.  Is it any wonder that we do not know what happened during those hidden years of our beloved Lord? 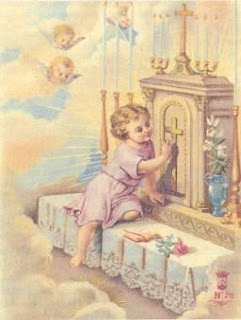 Picture Source
There have been stories of Jesus as a young boy in the apocryphal gospel of Thomas. That boy Jesus in that book was depicted as being mean spirited. The following is one instance:


... After that He was again passing through the village; and a boy ran up against Him, and struck His shoulder. And Jesus was angry, and said to him: You shall not go back the way you came. And immediately he fell down dead. And some who saw what had taken place, said: Whence was this child begotten, that every word of his is certainly accomplished? And the parents of the dead boy went away to Joseph, and blamed him, saying: Since you have such a child, it is impossible for you to live with us in the village; or else teach him to bless, and not to curse: for he is killing our children.

And Joseph called the child apart, and admonished Him, saying: Why do you do such things, and these people suffer, and hate us, and persecute us? And Jesus said: I know that these words of yours are not your own; nevertheless for your sake I will be silent; but they shall bear their punishment. And straightway those that accused Him were struck blind. And those who saw it were much afraid and in great perplexity, and said about Him: Every word which he spoke, whether good or bad, was an act, and became a wonder. And when they saw that Jesus had done such a thing, Joseph rose and took hold of His ear, and pulled it hard. And the child was very angry, and said to him: It is enough for you to seek, and not to find; and most certainly you have not done wisely. Do you not know that I am yours? Do not trouble me...

Source: New Advent's The Infancy Gospel of Thomas (Note: This gospel is not considered to be divinely inspired.)

We may not know much about the child Jesus, but we do know that the bond between the Mother and Son one that started at the moment of His conception and still exists to this day.
Posted by EC Gefroh Posted 9:00 AM