Curé of Ars - THE SERVICE OF THE BLESSED VIRGIN 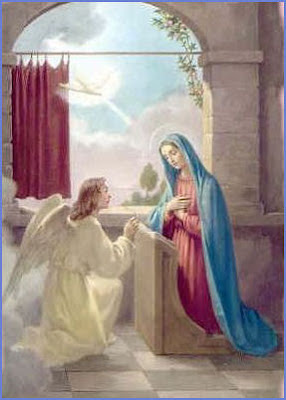 THE SERVICE OF THE BLESSED VIRGIN

If I wanted to, I would show you that in all walks of life there have been great servants of the Blessed Virgin. I would find for you, among them, those who begged their bread from door to door. I would find for you, among them, those who lived in much the same sort of state in life as many of you. I would find them for you among the wealthy, and in great number, too. We read in the Gospel that our Lord always treated people with great tenderness, except for one type of people whom He treated with severity; these were the Pharisees, and they were so treated because they were proud and hardened in sin. They would willingly have hindered, if they could, the accomplishment of the will of the Father. What is more, our Lord called them "whited sepulchers, hypocrites, brood of vipers, offspring of vipers, who devour the breasts of their mothers."

We can say the same thing on the subject of devotion to the Blessed Virgin. All Christians have a great devotion to Mary except those old and hardened sinners who, for a very long time, having lost the faith, wallow in the slime of their brute passions. The Devil tries to keep them in this state of blindness until that moment
when death opens their eyes. Ah! If they had but the happiness to have recourse to Mary they would not fall into Hell, as will happen to them! No, my dear children, let us not imitate such people! On the contrary, let us follow the footsteps of all those true servants of Mary. Belonging to this number were St. Charles Borromeo, who always said his rosary on his knees. What is more, he fasted on all vigils of the feasts of the Blessed Virgin. He was so careful about saluting her on the stroke of the bell that when the Angelus rang, wherever he was, he went down on his knees, sometimes even in the middle of the road when it was full of mud. He desired that his whole diocese should have a great devotion to Mary and that her name would be uttered everywhere with the utmost respect. He had a number of chapels built in her honor.

Now then, my dear brethren, why should not we imitate these great saints who obtained so many graces from Mary to preserve them from sin? Have we not the same enemies to fight, the same Heaven to hope for? Yes, Mary always has her eyes upon us. Do we suffer temptations? Let us turn our hearts towards Mary and we shall be delivered.
Posted by EC Gefroh Posted 11:30 AM