The Fatima Shrine Has Been Vandalized 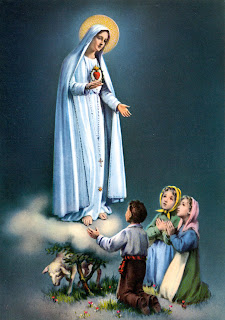 The church of the Holy Trinity and four statues at the shrine of Our Lady of Fatima were vandalized early Sunday morning.

In a press release Monday, officials from the shrine announced that in the early hours of Sunday morning, four statutes on the sides of the church as well as the church itself were painted with graffiti.

Our Lady of Fatima we ask for your intercession.
Posted by EC Gefroh Posted 2:01 PM