Message to Supermodel: It Is Not Impossible 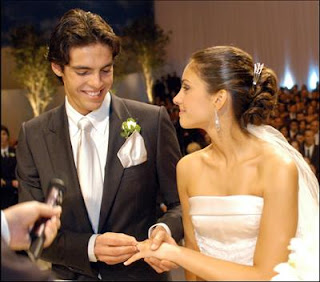 If you recall a previous post and article, Brazilian supermodel Giselle said "No one is a virgin when they get married". However, her compatriot Brazilian Futbol star Kaka countered her contention by proving it is possible:


Milan, Jun. 7, 2007 (CWNews.com) - A Brazilian soccer star has contradicted a public statement by supermodel Gisele Bundchen, announcing that he and his wife were virgins when they married.

In an interview for the Italian edition of Vanity Fair, the soccer idol known by the single name Kaka said that he and his wife Caroline had waited until they were married, and "that time was important, as it tested our love."

Good for all young people to read, don't you think?