Year of Faith - CATECHISMS AND CATECHISTS 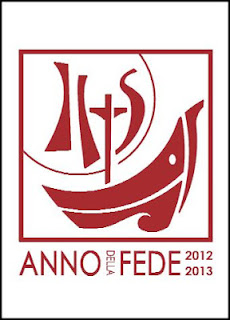 As we begin the observe the Year of Faith marking the 20th anniversary of the publication if the Catechism of the Catholic Church,
it is helpful to examine the various meanings attached to the term “catechism” and “catechist” throughout past history.

Long before the invention of the printing press in 1450, learning was passed on primarily by word of mouth.  Learning was an oral and aural experience. “Catechism” comes from an ancient Greek verb that means “to echo.”   A teaching would be explained or recited and the listener would be asked to “echo” it, or repeat it until it was learned.  This method of learning reached back to ancient times.  Even before the establishment of the Church, Jewish teachers in the Old Testament era had taught the Scriptures by asking the learner to repeat verses again and again. This was a common method of teaching and learning.

With the development of the printing press the speak-and-echo method of catechesis was adapted to a question-and-answer approach that could be set in print.  The Church adopted this system, and it was successful.  This is evident in the influence of the catechisms authored by St. Peter Canisius (d. 1597) and St. Robert Bellarmine (d. 1621).

On a deeper and more personal level, both catechist and catechized were expected to interiorize the truth being studied and
“echo” it in their personal lives by the faithful living of the lesson.  It is with this intent that the late Cardinal John Wright chose as his episcopal motto Resonare Jesum.  Echo Jesus!