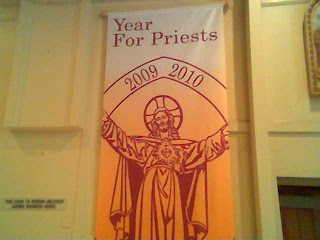 My family and I recently watched two movies which I would highly recommend for this Year of the Priest. 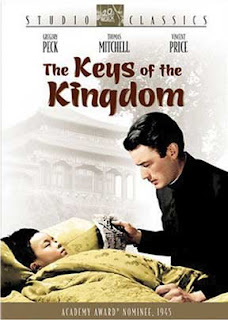 The first movie we watched was The Keys of the Kingdom starring Gregory Peck. 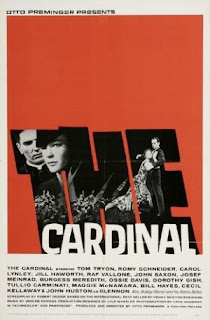 The second movie we watched was The Cardinal starring Tom Tryon. Note: I was wracking my brain trying to remember from where I had heard of Tom Tryon. Turns out his name was familiar to me, not as an actor, but as a writer.

Both of these movies followed the priestly vocation of two priests. One was a Scottish priest and one was an American priest from Boston. Both stories were based on novels.

Although, the two priests were from very different backgrounds, their dedication to the priesthood and to Holy Mother Church were inspirational. I would think it would be hard for a boy or young man to watch these movies and not be moved by these role models to the priesthood.

Now, these two movies were not your average priest movies of the 40's and 50's, such as the likes of Spencer Tracy's Father Flanagan of Boy's Town or Bing Crosby's Father O'Malley in Going My Way and the Bells of St. Mary.

These two movies really delved deep down into the priests' core to portray them not only as real men but true persona Christi. The Cardinal was directed by Otto Preminger. For those of you familiar with his work, you know he is not afraid to tackle controversial subjects or areas.

I hope you are able to watch these magnificent movies. In order for you two watch and to enjoy them as my family and I did, I will abstain from sharing too much of the details.

I can almost promise that neither one of these movies will disappoint you.
Posted by EC Gefroh Posted 9:59 AM