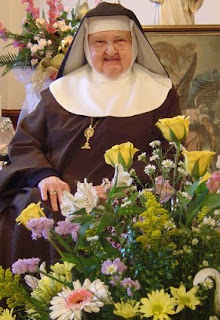 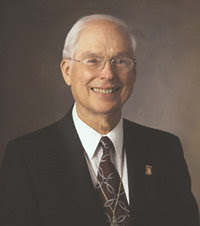 Irondale, AL (EWTN) –Pope Benedict XVI has awarded EWTN foundress, Mother Mary Angelica, and Deacon Bill Steltemeier, Chairman of EWTN’s Board of Governors, the Cross of Honor for distinguished service to the Church. The medal, officially known as “Pro Ecclesia et Pontifice” (literally “For the Church and the Pope”), is the highest honor that the Pope can bestow upon laity and religious.

Bishop Robert J. Baker of Birmingham conferred the awards in a brief ceremony following Sunday benediction at the Shrine of the Most Blessed Sacrament in Hanceville, Alabama.

“The Holy Father’s recognition of Mother Angelica and Deacon Bill Steltemeier is a much-deserved honor. It acknowledges the tremendous faith, hard work and incredible sacrifices that each of them have made throughout the years in founding and building up the Network,” said EWTN President and CEO Michael P. Warsaw. “Their recognition is also a great honor for EWTN and is a clear sign of the importance of the Network’s mission for the Church and the Pope. We are grateful to His Holiness Pope Benedict XVI and to Bishop Baker for this honor.”

Mother Mary Angelica, 86, is a Poor Clare Nun of Perpetual Adoration. She came to Alabama in 1961 to found Our Lady of the Angels Monastery in Irondale. In 1981, she began Eternal Word Television Network in a garage on the monastery property. In 1999, Mother Angelica relocated the Monastery to the grounds of the Shrine of the Most Blessed Sacrament in Hanceville, Alabama. She continues to reside there with her community of Nuns.

Deacon R. William Steltemeier, 80, was a successful Nashville attorney who left his law practice to join Mother Angelica with her fledgling television network. He served as EWTN’s President for many years and continues to serve as Chairman of the Network’s Board of Governors.

EWTN Global Catholic Network, in its 28th year, is available in over 150 million television households in more than 140 countries and territories. With its direct broadcast satellite television and radio services, AM & FM radio networks, worldwide short-wave radio station, Internet website EWTN and publishing arm, EWTN, is the largest religious media network in the world.