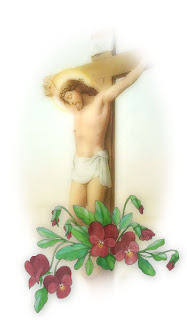 Feast of the Triumph of the Cross

Already in the time of the apostles the cross on which Christ died had become the symbol of his redemptive death, and a symbol for himself and for Christianity.

In 335 A.D. on September 13 the Church of the Martyrdom and Resurrection was dedicated in Jerusalem. The next day, in a solemn ceremony, the faithful were shown the cross that the Empress Helen had discovered on September 14, 320. This ceremony was repeated each successive year on September 14 in that church, which possessed a large relic of the cross. The reverent elevation of the relic of the true cross gave this day its name, “exaltation of the cross.” From this gesture we have our popular contemporary hymn, “Lift high the cross.” Later this feast was combined with the memorial of the rescue of the stolen cross from the Persians by the Emperor Heraclius in 628.

The striking prayers of the Divine Liturgy for this day testify to the grace of our salvation as expressed in Christ’s promise, “When I am lifted up from the earth, I will draw all to myself” John 12:32).

The tone of the feast of the “Exaltation of the Cross,” which more properly is now called the “Triumph of the Cross,” is quite different from the somber and sorrowful liturgy of Good Friday. September 14 has a definitely joyous character. It recalls our happiness about our salvation.

Blessed Pope John XXIII had a favorite crucifix on his bedroom wall. He prayed in front of it before retiring, upon arising, and whenever cares awakened him during the night. “A cross,” he said, “is the primary symbol of God’s love for us.”

Because the cross has become so commonplace, there is danger that this symbol of Christian salvation may lose much of its significance. The cross is visible in so many places and we see it so often: in church, in our room, in public displays, even on some hilltops. Frequently we make the “sign of the cross” over ourselves when we pray and at other times. Even in the secular realm the word “cross” is widely used not only as a symbol of honor or service as in “Red Cross” and “Distinguished Service Cross,” but even in more prosaic terms such as “criss-cross,” “crossword,” and other common expressions. How do we overcome the tendency to lose or dilute the importance of the word and the symbol?

We need to devise solutions and reminders to overcome that kind of passivity. One approach is to think of and to speak of the striking symbolism of the two beams that make up the cross. The upright (vertical) beam with its orientation pointing both above and below will remind us that the Son of God came down from heaven for us and for our salvation. This beam is a symbol of God’s love for humankind, which manifests itself especially in the Incarnation and in Christ’s sacrificial death on the cross. The upright beam will also remind us of the necessity of lifting up the human spirit to God. When people forget this upward climb to God, this transcendence, they quickly lose awareness of the fundamental dimension of their own creaturely status and dependence on the Creator. Then the illusion of human autonomy quickly encroaches resulting in error and confusion.

The horizontal (cross) beam points both left and right indicating our fellow human beings all round us. That reminds us that together with the love of God, the love of neighbor is essential to the Christian commandment of love. True holiness cannot overlook one’s neighbor. Christ himself demonstrated symbolically with his arms extended on the cross what he had earlier proclaimed publicly: “When I am lifted up from the earth, I will draw all to myself” (John 12:32). Let us stretch our arms wide as Jesus has done, so that we will embrace the whole world. We cannot love God while denying our fellow human beings practical love in concrete situations. Christ refers every good deed, and every good deed left undone, to himself: “...you did it (did not do it) to me” (Matthew 25:40-45).

Recalling the vertical and horizontal beams of the cross in this way is a lively reminder of the Christian way of life. To give the symbol of the cross such a prominence in our lives is the most significant “exaltation” and “triumph” of the cross. May the feast and each time we bless ourselves remind us of this.

“We adore you, O Christ, and we praise you, because by your holy cross you have redeemed us.”
Posted by EC Gefroh Posted 6:58 PM