Our Day Trip/Pilgrimage to NYC 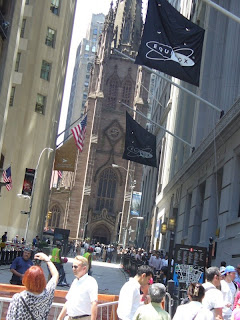 Trinity Church
This is Trinity Church which dates back to before the American Revolutionary War. Alexander Hamilton, first treasurer of the United States and founder of Paterson, New Jersey is interred at that church. As you know, he lost his life in the duel with Aaron Burr. 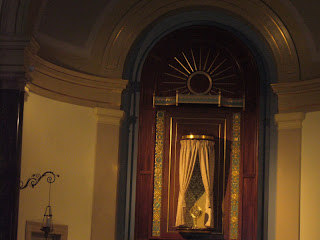 Our Lady of Victories Catholic Church

This is the beautiful church where Father Vincent Capodanno, the Grunt Padre worshipped when he was a young man working in NYC.

Mass is celebrated six times a day and Confession is heard twice a day.

Interesting side note. One of my brothers in law works in the City. It is his custom to attend noon Mass when he can. One day he saw Dion DiMucci of Dion and the Belmonts fame. He approached Dion and asked him "Are you Dion?" Dion responded in a tough guy stance "Yeah" (as if in yeah, what of it ;-) My brother in law replied "Well I saw you on Life on the Rock". That, according to my brother in law, made Dion smile. 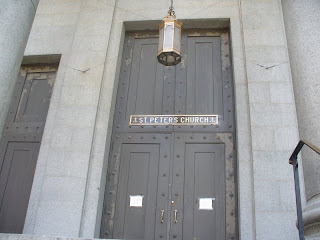 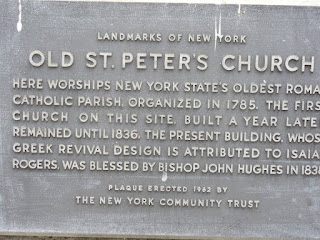 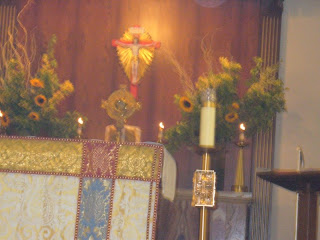 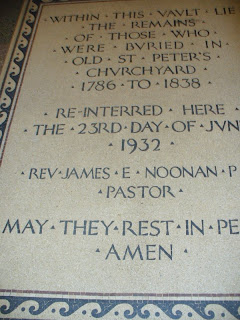 Old St. Peter's Church is the oldest parish in the City of New York. It dates back to the late 1700's. When we visited, there was Exposition of the Blessed Sacrament. Daily Mass is celebrated many times during the day and the Sacrament of Reconciliation is offered twice a day, five times a week. The feel of this Church does indeed take you back in time. It is very old and beautifully kept. 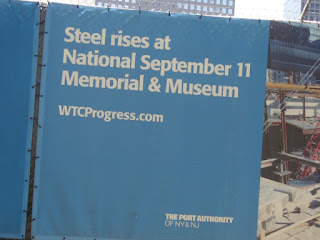 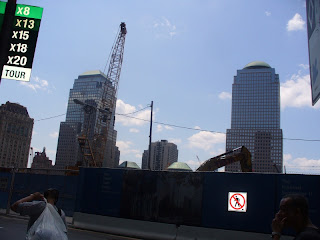 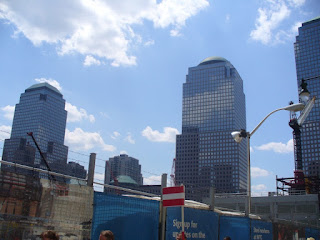 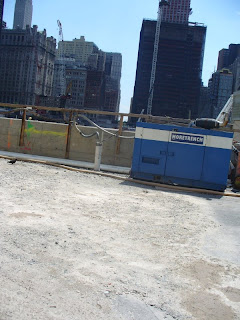 These are photos taken of Ground Zero. We could not really see much because of construction. With all the hustle and bustle of the big city, it was hard to feel the solemnness that must have been felt after the attack on the World Trade Center, yet we did pay our respects and prayed for all those who lost their lives when the terrorists attacked. 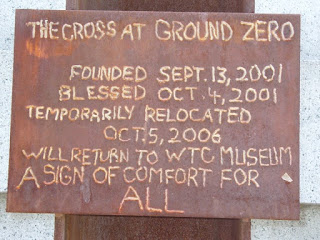 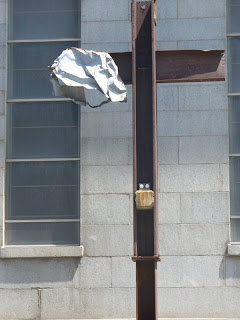 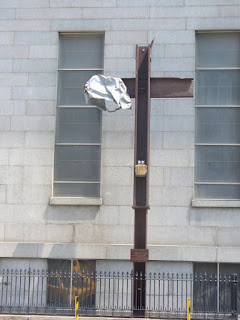 The Cross at Ground Zero

The now famous steel cross found at Ground Zero after that fateful day of September 11th. It is temporarily located on the side of Old St. Peter's Church, the oldest parish in New York City.

Posted by EC Gefroh Posted 3:26 AM

The steel cross from Ground Zero is, in my opinion, a very powerful symbol and I hope that it always has a home somewhere. It should never be taken down.

Maybe in real time and real location of Ground Zero you were unable to feel the solumn feeling of the after affect of 9/11, but rest assured that looking at the pictures and remembering, brings the effect of solace, and reflection of the memory of that eternal day.
Aloha and God bless, Lois

Thomas, it will have a permanent home close by to Ground Zero as I understand.