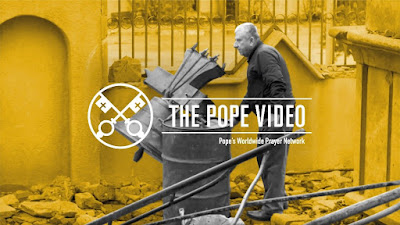 THE MARCH EDITION of a monthly papal video calls attention to the plight of persecuted Christians who live in countries that do not guarantee religious freedom and respect for human rights. The video was produced by the Pope’s Worldwide Prayer Network in collaboration with Aid to the Church in Need (ACN).

This year began with an attack carried during Mass on the Mount Carmel Cathedral in Jolo, the Philippines; 23 people were killed. Around the world in 2018, 40 missionaries were murdered, and 35 of these were priests. Two priests were massacred in late November together with some 80 Christians in a refugee camp in Alindao in the Central African Republic.

There are thousands of cases of persecution and discrimination that go unnoticed because they are not reported by the media.

In the video, Pope Francis says: “We find it difficult to believe, but there are more martyrs today than there were in the early centuries;” [they suffer] because they speak the truth and proclaim Jesus Christ,” even “in countries in which freedom and human rights are protected in theory, on paper.”

According to ACN’s 2018 Religious Freedom in the World Report, Christianity is the most persecuted religion in the world. This fundamental human right to freedom of belief is severely threatened in 38 countries.

“This prayer intention of the Holy Father is quite significant for the Christian community. Praying for our persecuted and discriminated brothers and sisters is one of the pillars of ACN.”

“We support this prayer intention of the Holy Father with great joy and gratitude,” said ACN’s Executive President Thomas Heine-Geldern.