ACN News - The missionary vocation of the Church in Africa 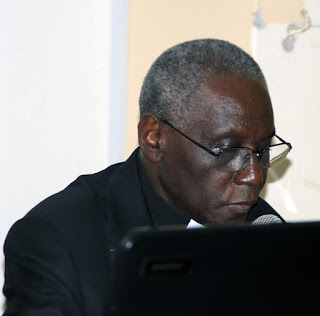 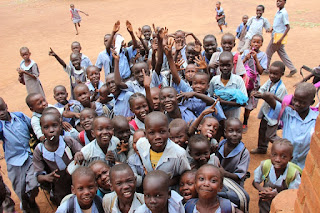 In an interview with the international Catholic charity Aid to the Church in Need (ACN), the Prefect of the Congregation for Divine Worship, Cardinal Robert Sarah, speaks about the contribution of the Church in Africa to the Universal Church, about Islam in Africa and the world, about relations between the Church and politics and the challenges facing the Church in Africa. The cardinal insists that "the Church needs unity of faith, unity of doctrine, unity of moral teaching. It needs the primacy of the Pope."

What is the relationship between the African Church and the Universal Church?

Your question, as you put it to me, presents me with something of a difficulty, because in reality the Church here in Africa is part of the Universal Church and thus forms together with it a sole and single Church. Hence there is no such thing as an "African Church" and, as distinct from it, a "Universal Church."

Your question makes it appear as if ecclesiology depends on a communion between the Churches, and in this you are correct. Nonetheless, we need to remember that the Universal Church is not a sort of federation of local churches. The Universal Church is symbolized and represented by the Church of Rome, with the Pope at its head, the successor of Saint Peter and the head of the apostolic college; hence it is she who has given birth to all the local churches and she who sustains them in the unity of faith and love.

As Saint Ignatius of Antioch tells us (circa 110 AD) the Church of Rome is the “All-pure Church which presides in charity.” Thus it is the profession of our common faith and our fidelity to Christ and his Gospel, in union with the Pope, that enables the Church to live in communion.

Is this absolutely essential in order to avoid confusion? Can there not also exist national Churches ?

Without a common faith, the Church is threatened by confusion and then, progressively, she can slide into dispersion and schism. Today, there is a grave risk of the fragmentation of the Church, of breaking up the Mystical Body of Christ by insisting on the national identities of the Churches and thus on their capacity to decide for themselves, above all in the so crucial domain of doctrine and morals.

As Pope Benedict XVI tells us: “It is clear that a Church does not grow by becoming individualised, by separating on a national level, by closing herself off within a specific cultural context, by giving herself an entirely cultural or national scope; instead the Church needs to have unity of faith, unity of doctrine, unity of moral teaching. She needs the primacy of the Pope, and his mission to confirm the faith of his brethren.” Besides, Africa has always considered and seen the Church as a family, the family of God.

And what is the contribution of the Church in Africa to the Universal Church today?

In this we are faithful to the ecclesiology of the Epistle to the Ephesians: “So then you are no longer strangers and aliens, but you are fellow citizens with the saints and members of the household of God” (Eph. 2:19). And even though the Church in Northern Africa is very ancient, yet today the Church in sub-Saharan Africa, sees herself as the missionary fruit and the daughter of the Churches of the West.

She still needs to be able to rely on the theological, liturgical, spiritual and in particular the monastic experience, and also on the financial support of the Churches of the ancient Christianity of the West.

For her part the Church that is in Africa can humbly offer the West the marvels that God has worked in her through the Holy Spirit, and the tribulations that Jesus continues to endure in the sufferings and material needs of his faithful there.

What are the needs of the Church in Africa?

They are many: disease, wars, hunger, the critical lack of educational and healthcare structures. Then there are the toxic temptations of Western-born ideologies – communism, gender ideology... Africa has become the dumping ground of contraceptive products, of weapons of mass destruction. She is also the scene of the organized theft of primary mineral recources: it is to this end that they organize and plan the wars and foster disorder on the African continent. So it is that they exploit her natural resources in the absence of any rules or laws.

The world economic powers must stop pillaging the poor. They take advantage of their poverty and lack of education, and their own technology and financial wealth, in order to foment wars and loot the natural riches of the weaker nations without financial resources.

Does Islam represent a threat to the survival of the Catholic Church in Africa?

For many centuries sub-Saharan Islam has coexisted peacably and harmoniously with Christianity. On the other hand the Islam that takes the form of a political organization, intent on imposing itself on the whole world, is indeed a threat, and not just to Africa. In fact, it is above all a threat to the societies of the European continent which too often no longer have a true identity or a religion.

Those who deny the values of their own tradition, culture and religion are condemned to disappear, for they have lost all their motivation, all their energy and even all the will to fight to defend their own identity.

In what way can ACN, as a pontifical foundation, still better help the Church in Africa?

Today all the charitable organizations, even the Catholic ones, are focused unilaterally and exclusively on addressing situations of material poverty, but “man does not live by bread alone, but on every word that comes from the mouth of God,” as Jesus tells us (Mt. 4:4). I therefore encourage ACN to give aid for the formation of priests, seminarians, male and female religious, for catechists, for the construction of churches and seminaries and for spiritual retreats for bishops and priests.

I humbly beg all the friends and benefactors of ACN to continue generously supporting the great missionary work of ACN throughout the world and particularly in Africa. For it is true that those bishops and priests who do not take the time – at least for a few days – to place themselves in the presence of God in solitude, silence and prayer, risk dying on the spiritual level, or at the very least, drying out spiritually within. They will no longer be capable of providing solid spiritual nourishment to the faithful entrusted to them if they themselves do not draw strength from the Lord in a regular and constant manner.

Should we also speak of the political problems?

The Church is gravely mistaken as to the nature of the real crisis if she thinks that her essential mission is to offer solutions to all the political problems relating to justice, peace, poverty, the reception of migrants, etc. while neglecting evangelization. Certainly, like Christ, the Church cannot disassociate herself from the human problems. Besides, she has always helped here through her schools, her universities, her training centres, her hospitals and dispensaries...

Nonetheless, I would like to cite to you the words of an Italian who has converted to Islam (and there are over a hundred thousand like him in Italy). His name is Yahya Pallavicini, and today he is an imam, the President of  CO.RE.IS  (the Islamic Religious Community) and a professor at the Catholic University of Milan:  “If the Church, with the obsession she has today with the values of justice, social rights and the struggle against poverty, ends up as a result by forgetting her contemplative soul, she will fail in her mission and she will be abandoned by a great many of her faithful, owing to the fact that they will no longer recognize in her what constitutes her specific mission.”