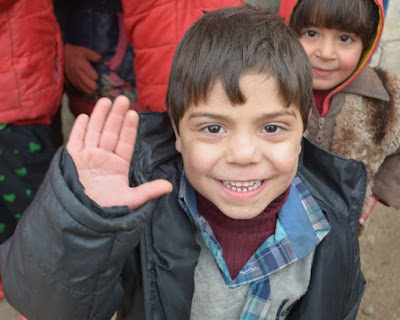 Behind the scenes, quietly and discreetly, 82 women religious belonging to various congregations are serving the Church in Damascus. They are the great force, which, drawing strength from the breath of the Holy Spirit, gives life to charisms of the Gospel in a country torn apart by war. They do so without getting tired or being afraid.

Some of them are living in small communities, housed in the large schools they used to run but which were nationalized in 1968; others live in small hospitality centers or in modest apartments among the people, living a life of poverty, prayer and praise.

Listening to the most vulnerable

These consecrated religious are always at the ready to welcome and listen to the most vulnerable of the city’s residents. They provide for the most urgent needs, especially during these years of war and isolation. They store up, in their hearts, all the suffering and need of this vulnerable population, forgotten in their misery and insecurity. Defiant of powerlessness, these men and women religious put up a wall of lamentation with their love, ensuring a charitable presence among people who have lost everything.

The engagement of our beloved Sisters who serve families is made manifest by their presence at child-care centers, in schools, dispensaries, eating places, as well as catechetical and formation centers. Let us salute their heroic mission as they take care of the needs of the sick, the wounded and the aged, all of them burdened by war. Theirs is a pastoral vanguard.

The promise of a future

This ‘experimental’ mission of our dear Sisters remains focused on the schools, the formation of children and young people. This educational service transmits values of peace, tolerance and dialogue, all geared toward a destroyed homeland and the renewal of the Church. Let’s salute all the types of psychological support for the victims of war, especially the children, the young people, their lives wounded by violence, delinquency and exclusion.

This beautiful witness of light, hidden and barely known, doesn’t it deserve some gratitude and recognition? Dearly beloved consecrated women in Damascus, the Resurrected Christ will thank you and bless you!

Archbishop Nassar is the Maronite ordinary of Damascus.

With picture of Syrian children (© ACN) 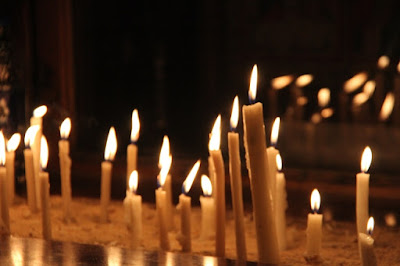 In the wake of twin terror attacks on two churches in Egypt that killed 44 people, Coptic Catholic Bishop Kyrillos William of Assiut called on Christians around the world to pray for the victims.

"Prayer is the most important thing we can ask for at this time,” the bishop told international Catholic charity Aid to the Church in Need (ACN).

The prelate said he was not entirely surprised at the new attacks, referring to bombing of the Church of Saint Peter and Saint Paul in Cairo last December, which killed almost 30 people.

"Our sense of security was not very strong,” Bishop Kyrillos said.

The bishop emphasized that both the government and the country’s Coptic Orthodox and Coptic Catholic Churches will ramp up their collaboration to ensure the security of Christian places of worship.

The bishop said: "I was visited by a security official who asked me what we need now. He made the suggestion that we could train young people and adults, and that all resources could be pooled in order to increase security.”

“Here in Assiut there are 550 Christian churches. Thank God, nothing has happened here so far, but we are too little prepared for such events.”

"In Egypt the people feel a close bond with their country and all of them see themselves as Egyptians – whether they are Christians or Muslims.”

“There is a stronger sense of solidarity among the population here than elsewhere,” he said, and the bishop suggested that the intention of the terrorists is to destroy this solidarity.

The bishop said that the visit of Pope Francis to Egypt, scheduled for April 28-29, 2017, is "more important now than ever.”

He is convinced that the trip will not be called off, since, he said, the Pope has already “shown the courage, precisely in such situations, to come and strengthen the people.”

Bishop Kyrillos expressed confidence that the Pope will send out a clear message of peace when he visits the country.

With picture of candles in a Coptic Orthodox Church (© ACN)