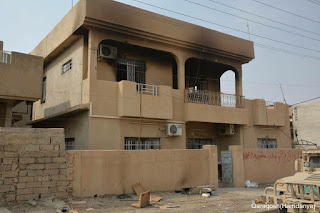 ISIS damaged more than 12,000 private homes in 12 Christian villages on the Nineveh Plain in northern Iraq. Close to 700 homes were completely destroyed.
These were some of the findings of a damage assessment commissioned by international Catholic charity Aid to the Church in Need (ACN). According to the study, the costs for repairing and rebuilding homes will exceed $200M.
The assessment initiative also queried 1,500 families who fled to Erbil, Kurdistan, after ISIS swept through the Nineveh Plain the summer of 2014 as to their potential plans for returning to their abandoned villages. More than 40 percent indicated that they wanted to return, and 46 percent said that they were considering it.
Last November, an ACN survey found that only just over 3 percent of nearly 6,000 IDP families were considering returning to their home villages. Of course, last fall there will still combat operations on the Nineveh Plain, with ISIS militants launching stealth attacks.
In the latest survey, more than half of respondents reported that their possessions had been plundered, while 22 percent said that their houses had been destroyed.
About a quarter of respondents was unable to provide any information on the current condition of their homes and belongings. However, more than 25 percent also reported that their vital documents had been stolen by ISIS.
Cared for by the Chaldean Archdiocese of Erbil, with significant support from ACN, there are still 14,000 Christian IDP families who fled from Mosul and the Nineveh Plain living in Erbil. That total makes for approx. 90,000 people, down from the original 120,000 who sought shelter in Erbil in the summer of 2014.

With picture of damaged residence in Qaraqosh, Nineveh Plain (© ACN)