Holy Hour of Adoration to celebrate the opening of ​the 100th Anniversary of the Miracle of the Sun at Fatima within the Extraordinary Jubilee Year of Mercy. 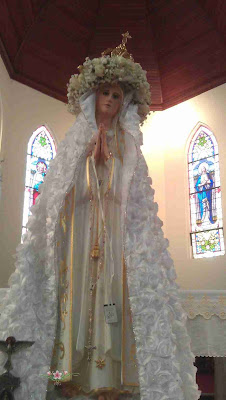 In anticipation of the 100th Anniversary of Fatima next year, the is a call for parishes to hold a holy hour of adoration on October 13th, 2016. For more information please visit: Solidarity in Prayer
Posted by EC Gefroh Posted 11:57 AM No comments: 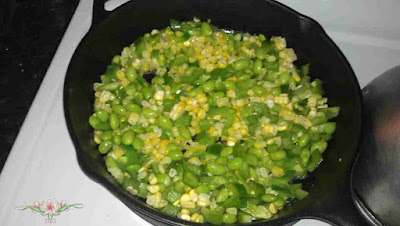 This version of succotash is made with Edamame, (soy bean) instead of the traditional Lima Beans.

1 large green pepper (or any other color sweet pepper), diced evenly.
Kernels of two large fresh corn on the cob
1 package of frozen Edamame, cooked according to package direction.  Drain, cool and remove from pods
Salt and pepper to taste
1 tablespoon butter

Melt the butter in a large cast iron skillet.  Add all ingredients and fry on medium high heat for approximately 3 to 5 minutes or until some of the vegetables start to brown.  Salt and pepper to taste.

Serves two or three.  This recipe can be doubled.
Posted by EC Gefroh Posted 2:19 PM No comments:

ACN News - South Sudan – ‘The worst is still to come’ 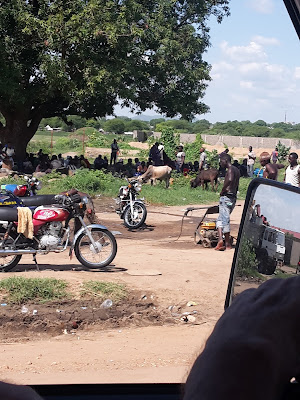 A project partner of Aid to the Church in Need (ACN) has warned that the upsurge of fighting in South Sudan will mean a worsening of the humanitarian crisis affecting millions of civilians.

One of the Catholic charity’s South Sudanese project partners, who cannot be named for security reasons, described how renewed violence in Juba has caused immense suffering and increased insecurity amongst its people.

Referring to calls from the governments of neighboring countries Uganda and Kenya for their citizens to leave South Sudan, he said, “The way the various governments all over the world are panicking and acting shows that they fear that something terrible is still to happen.”

“One can even hear that ‘the worst is still to come!’”

The religious Brother also described how the South Sudanese people were prohibited from leaving the country and were suffering from food shortages – but thanked ACN for their solidarity.

He said, “Let’s pray that the nightmare in Juba and all around the country is soon coming to an end.”

“People just cannot stand this hell any longer. I am seeing people leaving Juba in big numbers, mostly to Uganda, whenever they find a possibility and when they can afford it.”

Through the Church, 1,385 registered families – which numbered 7,183 displaced people – were able to receive support at St. Paul’s Seminary campus in Juba.

The renewed fighting is a major setback for South Sudan’s peace process which had been troubled by ceasefire violations and localized outbreaks of violence since the peace agreement signed by rival leaders President Salva Kiir and Vice President Riek Machar in August 2015.

Tensions came to a head on July 7, following an attack in Juba close to where the President and Vice President were meeting.

Continued fighting is reported to have left more than 300 dead and the death toll is expected to rise as fears of a return to civil war increase.

Aid to the Church in Need is supporting ongoing projects in South Sudan including aid to help build a presbytery for the newly established parish in Barsherki in the Diocese of Wau.

In 2015, the charity also gave more than $950,000 to fund the Church’s pastoral work with refugees in South Sudan.