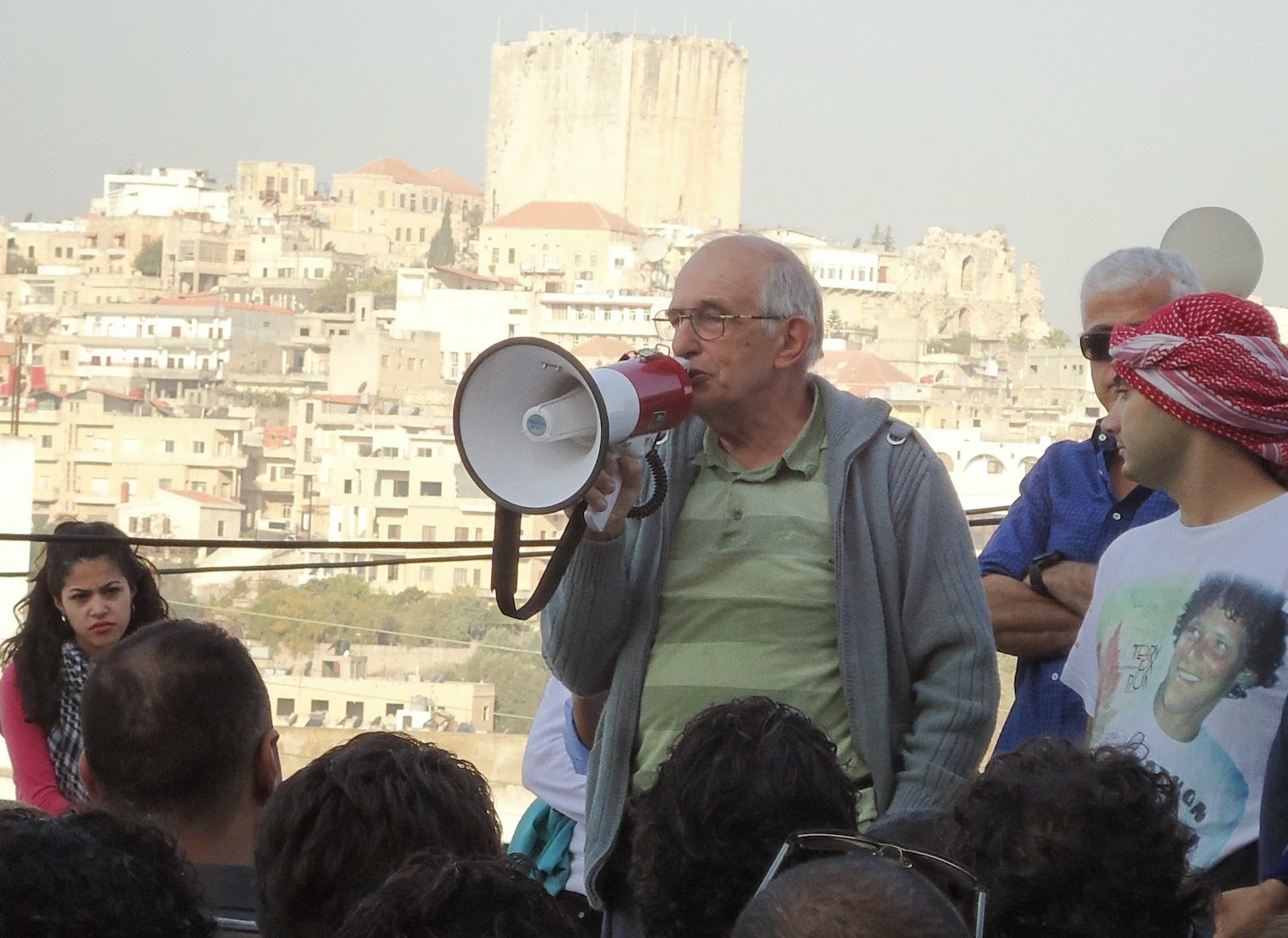 A priest helping Christians sheltering in Syria’s Old City of Homs has been murdered.

Speaking from Syria, fellow Jesuit Fr. Ziad Hillal told Cholic charity Aid to the Church in Need (ACN), “Fr. Frans was apparently killed by targeted headshots. We have received a phone report from a Christian who was with him in the Old City.”

Early reports suggested he had been killed by an unknown sniper who shot him while he tended his small garden. Later reports said that he had been abducted by armed men, beaten and then executed in front of his residence in Homes.

The 75-year-old Fr Frans van der Lugt, who had worked in Syria since 1967, had been looking after 89 Christians trapped in the Old City who were sheltering in an old monastery.

The number fell to around 20-25 in February 2014 after a three-day truce between warring sides allowed people to leave the Old City, but Fr. Hillal reported th the Dutch priest had remained to take care of those who could not leave.

Fr. Hillal accompanied ACN to Brussels on March 27th, 2014, to speak to EU politicians about the situion in Homs.

The priest explained why some Christians had remained behind in the Old City.

He said, “The UN representives were urgently required to leave Homs and go to another city; we had to stop abruptly before finishing the evacuions.”

“Fr. Frans and the remaining 20-25 Christians in the city did not manage to leave in time.”

ACN has, to de, sent more than $3.3 million to projects in Syria, including support for Fr. van der Lugt’s work in the Old City.

During the EU visit, Fr. Hillal spoke with Fr van der Lugt via Skype discussing the present situion and the Dutch Jesuit’s upcoming birthday, which Fr. Hillal hoped to be in Homs for so he could celebre with his confrere.

Fr. Hillal said, “For me, [Fr. van der Lugt] represents Christ in the world who is willing to lay down his life for his friends, who always gives us hope. He always asks how I am and does not talk much about himself.”

Speaking to ACN after the Jesuit’s deh this morning, he added, “He was a ray of joy and hope to all those trapped in the Old City of Homs, waiting for yet another UN permission to evacue.

Lord have mercy. May he rest in peace.