How to Help the Holy Souls 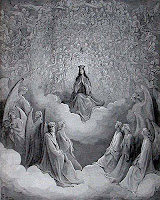 Source: How to Help the Holy Souls

To him therefore who knoweth to do good, and doth it not, to him it is sin (James 4:17)

There are a variety of ways to help the Holy Souls. We have listed them in order of effectiveness (i.e. the methods which gain the most grace with the least effort).

Holy Sacrifice of the Mass

The Holy Sacrifice is the greatest help we can offer, because its effect depends on itself, and not on the piety of the priest who offers it...If we cannot have a Mass said, we should at least hear Mass for our dear departed. A Mass has infinite merit...(My Catholic Faith; 1949-1954; Sealed)

In addition to the Requiem Mass following death, a Mass for the departed may be arranged for just about any day of the year. The following are days of traditional significance for Masses for the Departed:

Indulgences are very effective in relieving the Suffering Souls in purgatory.

I read a biography of Bl. Anne Catherine Emerich and was stunned to read where the souls that stay the longest in Purgatory are Protestants. Not because they are of a different faith but because noone is praying for them.

Please PRAY for our Seperated Brethren that they too will gain their Heavenly Reward.

Peace to you my friend:)

Wow! Thanks for that reminder Marie. I don't think I think about a soul's denomination when praying.
Peace to my too my friend.