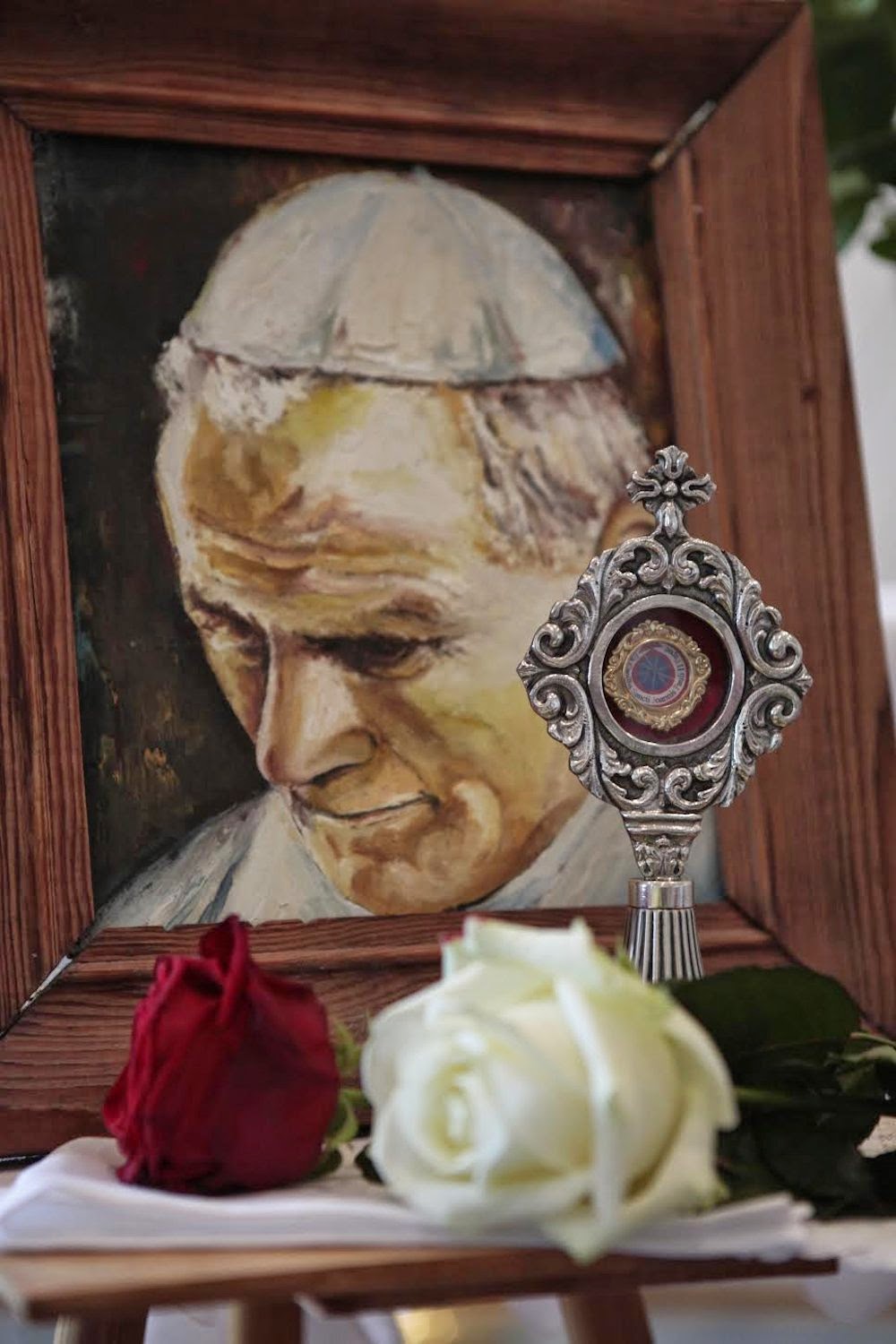 The Archbishop of Lviv, Mieczysław Mokrzycki, has presented international catholic pastoral charity Aid to the Church in Need (ACN) with a relic of Saint John Paul II.

At a Holy Mass celebrated in the head office of the charity in Königstein on Monday, May 5, Archbishop Mokrzycki handed over the relic, a lock of hair from the Pope, who died in April 2005.

Together with Pope John XXIII, Pope John Paul II was canonized on April 27, 2014, by Pope Francis in Rome.

Accepting the relic, ACN’s spiritual assistant, Father Martin Barta said, "As a pontifical foundation, Aid to the Church in Need, serves the Pope's worldwide pastoral work and supports him in his task of strengthening the sisters and brothers in faith.”

“The relic of Saint John Paul II is a sign of our loyalty to the Pope and our closeness to the Church throughout the world. We consign all the suffering, afflictions and spiritual distress which reach us on a daily basis from the whole world to the intercessory prayer for John Paul II.”

“He will help us by the power of divine mercy to transform the cross into the light of resurrection."

Archbishop Mokrzycki expressed appreciation of the new Saint "as a man like us who was profoundly connected to God."

At the same time the Archbishop of Lviv thanked ACN for its solidarity and help over the past few months and asked for prayers for a quick and peaceful solution to the present conflict in Ukraine.

Pope John Paul II had a close friendship over many years with Aid to the Church in Need and its founder, Father Werenfried van Straaten.

The two churchmen had known one another long before Karol Wojtyla became Archbishop of Krakow in 1964. As a representative of the Polish Bishops' Conference, the future Pope had repeatedly approached Father Werenfried to advance aid projects for the Catholic Church in what was then communist-ruled Poland.

The young Archbishop of Krakow received support from ACN in 1967, among other things, when he managed to push through the construction of a church in the Krakow district of "Nowa Huta" (New Steel Mill), a workers' estate for an iron and steel works combine planned by those in power as a "city without God."

Archbishop Mokrzycki, who comes from Poland, was second secretary to John Paul II from 1996 to 2005, a job which he continued to perform under Pope Benedict XVI.

In 2007 he was initially appointed along with the Archbishop of Lviv, Marian Cardinal Jaworski, to be Coadjutor Archbishop of the West Ukrainian diocese. After his predecessor retired due to old age he took over complete responsibility for the archdiocese as of autumn 2008.

Aid to the Church in Need maintains close relations with the Archdiocese of Lviv. The charity has supported the Roman- and Greek-Catholic Church in Ukraine for years.

Between 2003 and 2013 the sister churches in Ukraine were funded to the tune of $65.7 million. The money was spent on 2,198 pastoral projects, including the renovation of churches, the training of pastoral workers and subsidizing the subsistence of priests and members of religious orders.

In the words of ACN’s Executive President, Baron Johannes Heereman, "We want to strengthen the role of the Christian Churches as a peace-making force in Ukraine, but we do not support any political position or party."